Continue to Variety SKIP AD
You will be redirected back to your article in seconds
Jun 22, 2021 12:48pm PT 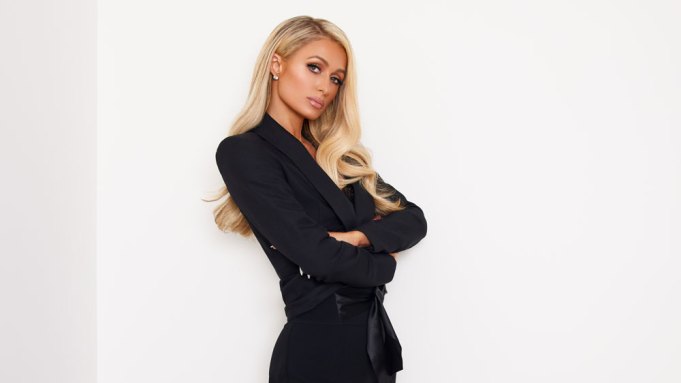 In Paris Hilton’s “This Is Paris,” the hotel heiress and entrepreneur says her work ethic is driven by money. She says she won’t slow down until she makes one billion dollars.

The doc, available on YouTube, was shot two years ago. Now, at age 40, Hilton tells me she truly feels that money isn’t everything.

“It was such a goal of mine before because I wasn’t happy in my personal life,” Hilton says on Tuesday’s episode of the “Just for Variety” podcast. “And also just going through what I went through, I always saw money as freedom and independence, and not being controlled. And I think that’s why I just had that as my focus in life. And now that I am so incredibly happy and in love in my personal life I’m not really interested in billions anymore. I’m more interested in babies.”

Hilton is engaged to venture capitalist Carter Reum. Their wedding planning will be chronicled in “Paris in Love,” an upcoming docuseries on Peacock. When “This Is Paris” premiered in September 2020, the former “Simple Life” star told Variety’s Angelique Jackson that she wasn’t interested in another reality series. “It’s not reality television,” Hilton insists of the Peacock project. “It’s a docuseries.”

By now, most of the world knows Hilton’s story. She was a rebellious debutante who became famous when she was just a teenager. A sex tape made her a ubiquitous punching bag for late-night hosts and social commentators. Controversy seemed to follow Hilton everywhere, even thought she was successfully launching her business “empire.” She’s branded everything from perfumes to hotels and has become a much in-demand DJ.

But underneath it all was a young girl in pain. Hilton revealed in “This Is Paris,” for the first time, that she was mentally and physically abused at the Provo Canyon School in Utah after being sent there by her parents when she was 16. She has since become an activist, pressing for legislation to regulate boarding schools. In April, she was on hand for a ceremonial bill signing in Utah that requires more oversight of youth treatment centers after she testified for its passage before lawmakers. “I totally felt like Elle Woods when I was speaking at the [Utah] senate,” Hilton says, referring to Reese Witherspoon’s iconic “Legally Blonde” character. “When I went and signed the bill with them I literally felt like I had that Elle Woods moment.”

Hilton also revealed in the doc that she was abused by at least four ex-boyfriends. She hasn’t named her alleged abusers, nor has she heard from any one of them. “I’ve changed my number so many times that they can’t get a hold of me, but I have had their friends reach out to me because they’re all nervous that I’m going to say their names,” Hilton says. “I think people are very nervous that they’ll be exposed.”

She then adds, “Maybe I will one day, but I’m not ready yet.”

In one of the most telling scenes in “This Is Paris,” she has a raging boyfriend — whom she had only been seeing for a couple of weeks — kicked out of the Tomorrowland music festival just as she was about to take the stage. “That was just a nightmare, having to deal with that at one of the most important shows of my life,” Hilton explains. “When people get insecure and jealous and weird, I just couldn’t take it anymore. And I’ve never stood up for myself before. That was the first time. It felt really good to be like, ‘Get the hell out of my life!’… I’m happy that I finally stood up for myself.”

The doc, says Hilton, has been “the most healing experience” after suffering for more than two decades from insomnia and severe nightmares.

While she certainly isn’t shedding her public persona — the baby voice, the designer clothes, the over-the-top glam — Hilton is learning to live with her true self. “I’m still very playful at heart,” she says. “I can be a serious businesswoman when I’m in the boardroom and then I can also be fun and playful because I’m just very childlike.”

Listen to the full interview with Hilton above. You can also find “Just for Variety” at Apple Podcasts or wherever you download your favorite podcasts.