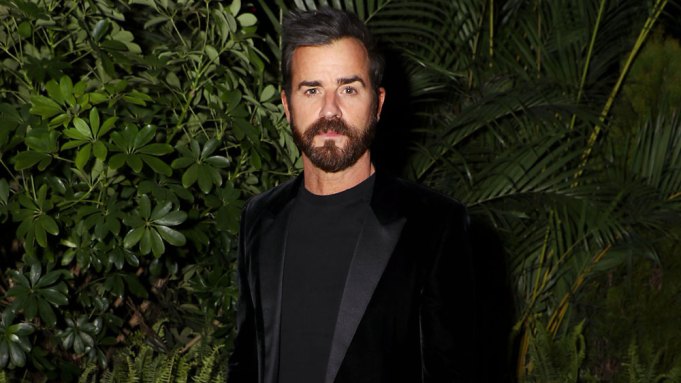 As chance would have it, Justin Theroux was filming Apple TV Plus’ new series adaptation of “The Mosquito Coast” when he learned that original star Harrison Ford had just checked into his same hotel.

A mutual friend suggested that they meet. “We had this wonderful long tequila-filled night. We did talk about ‘Mosquito Coast,’ but it wasn’t central,” Theroux tells me on this week’s episode of the “Just for Variety” podcast. “He’s a much more fascinating man than the guy who just played that part.”

In “Mosquito Coast,” Theroux plays Allie Fox, an inventor who lives off the grid because of his mysterious past. When the government comes looking for him and his wife (Melissa George), they take their kids (Logan Polish and Gabriel Bateman) and head for Mexico. Ford played the same role in the 1986 film adaptation of the novel of the same name written by Theroux’s uncle, Paul Theroux.

“It was obviously intimidating because I didn’t know him,” the “Leftovers” star says of Ford. “I didn’t know if he was going be like, ‘Oh, you’re the guy playing the part that I crushed.’”

Even if Theroux’s uncle wrote “The Mosquito Coast,” the actor says it wasn’t part of the original development at Apple.

“Paul had already set this up with Fremantle and Apple, and they were going down the normal road of mounting this and casting it and that’s when it popped up on my radar,” he says. “If anything, I should be angry at Paul for not calling me first. And then I sort of raised my hand slightly higher than the rest, I guess. But I knew the character well because it always sort of been in the periphery of my childhood throughout my entire life.”

Justin is hoping for a second season. “I can tell you we have plans for where it goes,” he says. “We have to be given the green light to do that.”

Also during the podcast, Theroux recalls one of his “worst” auditions for Terrence Malick’s “Thin Red Line.” He was given no script beforehand. “I go into the room, and it’s the casting director and a couple chairs,” Theroux says. “She’s like, ‘Get behind a chair and pretend like you’re in a foxhole or something, like smoking a cigarette.’ And they’re filming it. They’re just like, ‘Get behind the chair and pretend you’re in a battle.'” He said he tipped over a chair and began pretending to pull pins out of a grenade.

“I don’t know what war we’re fighting. I don’t even know what the movie is about. It’s a war movie, that’s all I know,” he says, adding, “It’s like telling a painter to paint the house without giving them brushes. I don’t know. I need words to say. So that was a particular humiliation.”

You can hear more of my conversation with Theroux above. You can also find “Just for Variety” at Apple Podcasts or wherever you listen to your favorites podcasts.