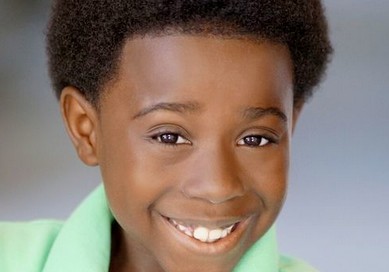 Elisha “EJ” Williams has been cast in the main role of “The Wonder Years” pilot at ABC, Variety has learned.

The project will show how a black middle-class family in Montgomery, Alabama in the turbulent late 1960s, made sure it was The Wonder Years for them too.

Williams will star in the role of Dean, described as an inquisitive and hopeful 12-year-old kid coming of age in a turbulent time. It’s 1968 in Montgomery, Alabama and Dean is trying to figure out his place within his Black family and the world at large. Though a little insecure, a tad awkward and a bit self-conscious, he is determined to make his mark on the world around him.

Fred Savage, who played the lead in the original “Wonder Years,” broke the news to Williams via Zoom, which can be seen above.

Williams most recently lent his voice to the Disney Jr. animated series “Puppy Dog Pals.” His other credits include “Henry Danger,” “3… 2… Wonder!,” and “Danger Force.” He is repped by Osbrink Agency and attorney John Meigs.

The original “Wonder Years” aired from 1988 to 1993 on ABC for six seasons and over 100 episodes. It focused on the Arnold family, with Savage playing youngest child Kevin. Daniel Stern provided the voice of Kevin as an adult, looking back on his childhood growing up in the late 1960s and early 1970s. The show was well-received by audiences and critics. Over the course of its run, it received a Peabody Award, multiple Humanitas Prizes, four Emmy Awards, and a Golden Globe.