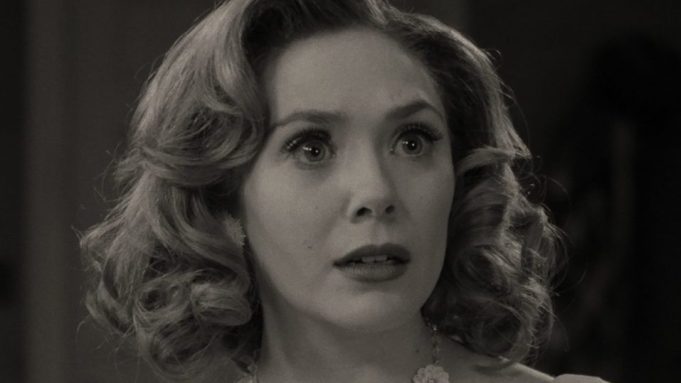 Emmys voters didn’t adore “WandaVision” as much as the rest of us did.

While the Disney Plus series from Marvel Studios took home three awards at the Creative Arts Emmys last weekend — for production, costume design and music — the MCU series was completely shut out of the Primetime Emmys, which were held in a tent in Los Angeles on Sunday night. Fans and critics alike loved the inventive show this past winter, in which Wanda (Elizabeth Olsen) eventually faced her grief from losing Vision (Paul Bettany).

“WandaVision” winning no major awards Sunday night, after receiving 23 total nominations, proved to be the biggest snub of the show. The series was predicted to win at least two awards for acting: both Kathryn Hahn and Bettany were heavily tipped as favorites in their categories for limited series drama.

The biggest winners from Sunday’s show? “The Crown” and “The Queen’s Gambit,” which took home a total of 11 awards each — including technical awards previously handed out. And the biggest winner of all was Netflix, which was behind both shows, and received its first wins in the series categories after years of near misses.

Here are the most surprising wins from the night.

One of the sure bets of the Emmys was supposed to be that Williams, who died at age 54 in early September, would finally win his first Emmy for “Lovecraft Country,” after receiving five nominations. (Though that number should have been higher for his career-defining portrait of Omar Little — the terrifying, queer stick-up man — on HBO’s “The Wire.”)

But alas, it doesn’t seem that enough voters saw the HBO sci-fi series, which was canceled after one season. Instead, the Emmys heaped another trophy on “The Crown,” giving the prize to Tobias Menzies for playing Prince Philip, even though he had a smaller role in Season 4 than he had in Season 3 of the Netflix series.

Perhaps most surprised of all was Menzies himself, who didn’t bother to stay up all night to attend “The Crown’s” satellite, remote reception for from London for British actors.

Kate Winslet for “Mare of Easttown” 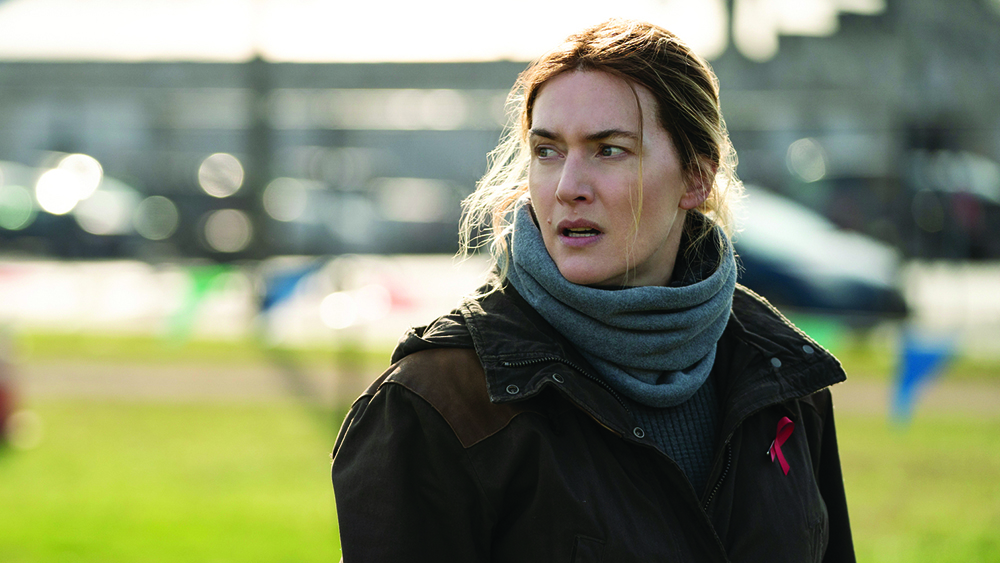 For most of the Emmys season, the frontrunner in the extremely competitive actress in a limited series category was Anya Taylor-Joy in “The Queen’s Gambit.” After all, rising star Taylor-Joy as an orphan chess prodigy — who’s also a pill addict and an alcoholic — was an acting feat. And “The Queen’s Gambit” was Netflix’s surprise hit limited series that no one had seen coming in fall 2020.

But cut to this spring, and along came Winslet as Mare in HBO’s spring limited series obsession “Mare of Easttown” — with her Delco accent and her broken life. Winslet played Mare as a dogged detective investigating a murder in her town outside of Philly, where she knows every single person — and has to navigate those closest to her being suspects. This was Winslet’s second Emmy win for an HBO project: She also won in this same category for 2011’s “Mildred Pierce.”

And speaking of “Mare” upsets, Julianne Nicholson for “Mare of Easttown”

Going into the Emmys Sunday, Hahn was the overwhelming favorite for her dual role as the Big Bad in “WandaVision” —  she’d even sung, for God’s sake!

But the Academy’s surprises began early, and in the third award of the night, Nicholson won for supporting actress in a limited series or movie, for her portrayal of Lori in HBO’s “Mare of Easttown.” As Lori, Nicholson plays the best friend of Mare (Winslet), who is her rock and sounding board as Mare’s life falls apart. But after we learn that Lori’s young son Ryan is the killer Mare has been pursuing — well, you’re just going to have to re-watch the finale to see the astonishing things Nicholson does, both with Cameron Mann’s Ryan, and with Winslet.

As it turns out, it was Julianne all along. 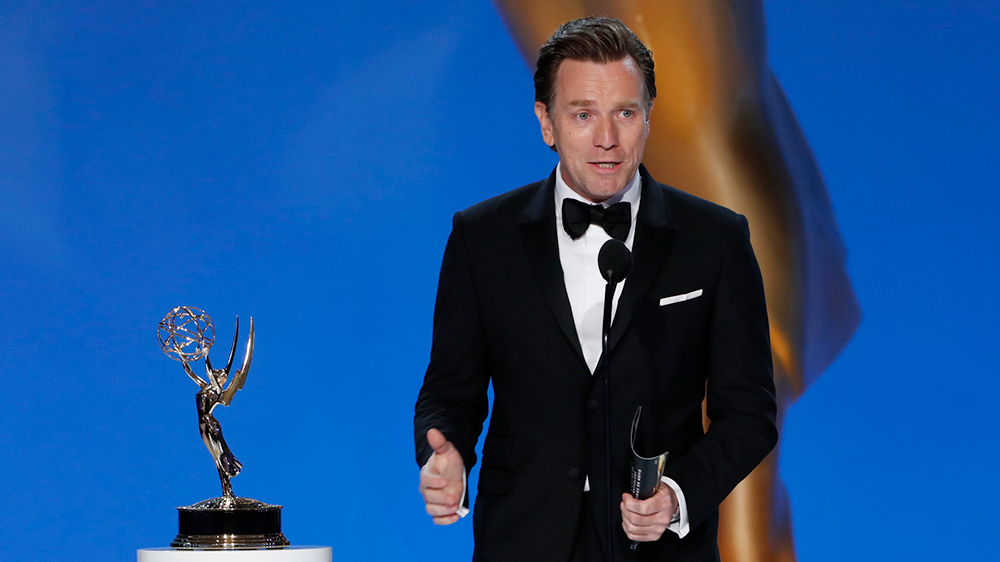 McGregor, who’d been previously nominated in the limited series drama category for “Fargo,” took home his first Emmy for “Halston.” He delivered a transformative performance as the 1970s fashion designer, who battled addiction at the peak of his career.

But McGregor was considered an underdog, since Ryan Murphy’s “Halston” on Netflix was met with mixed reviews when it premiered in May: Bettany was the frontrunner for “WandaVision.”

Olivia Colman was not the favorite — but she won anyway 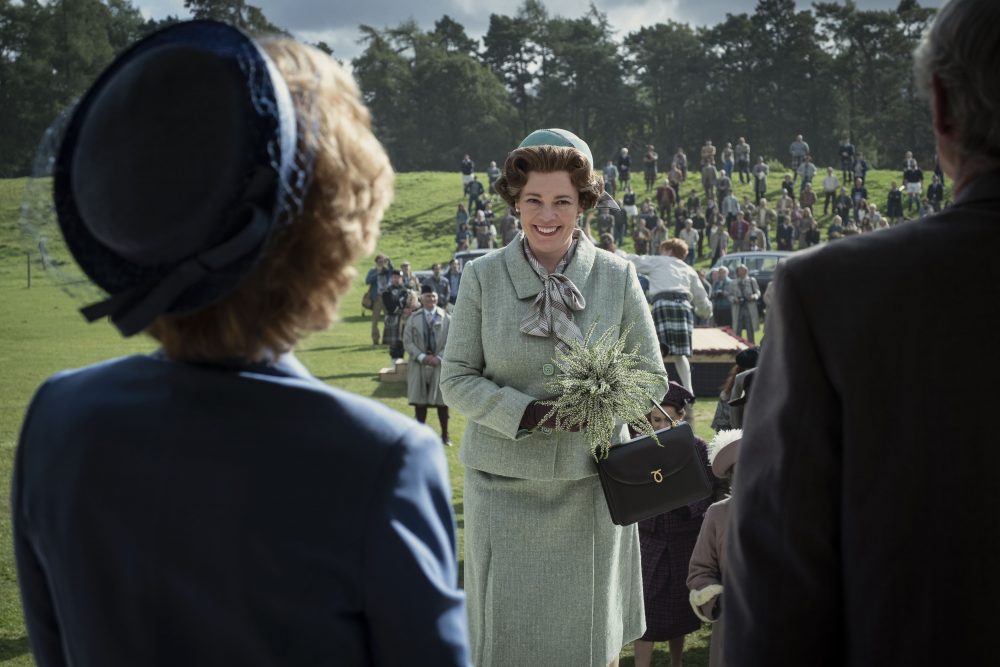 But Colman, who played Queen Elizabeth on Seasons 3 and 4 of “The Crown,” was undeniable. Though even she was surprised, saying in her acceptance speech, “I would have put money on that not happening.” 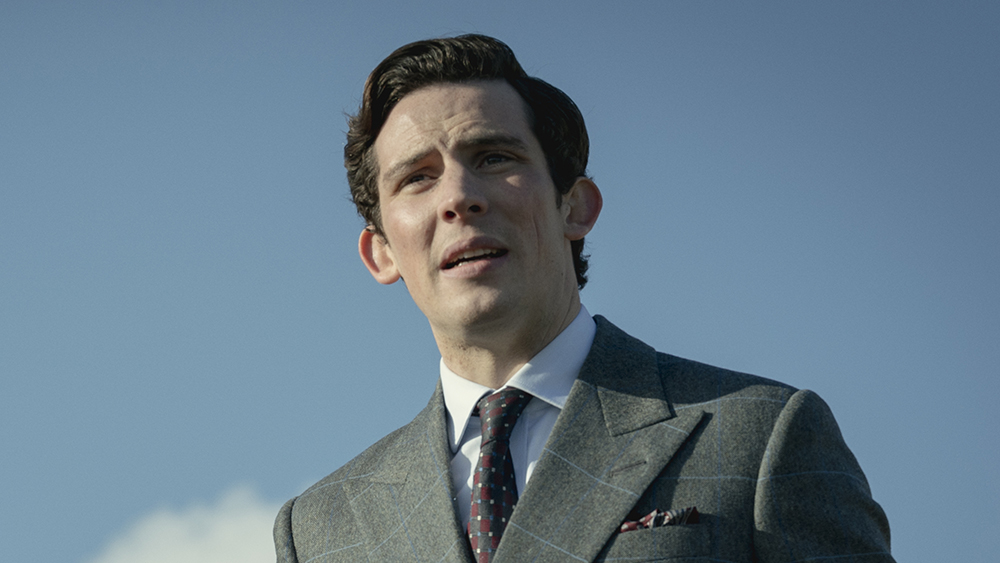 O’Connor picked up the Golden Globe in January for playing a young Prince Charles, so his win — amid a night of “Crown” dominance — wasn’t a total surprise. But Billy Porter was expected to repeat — after winning last year for “Pose” — for his final season as the grand New York emcee Pray Tell.