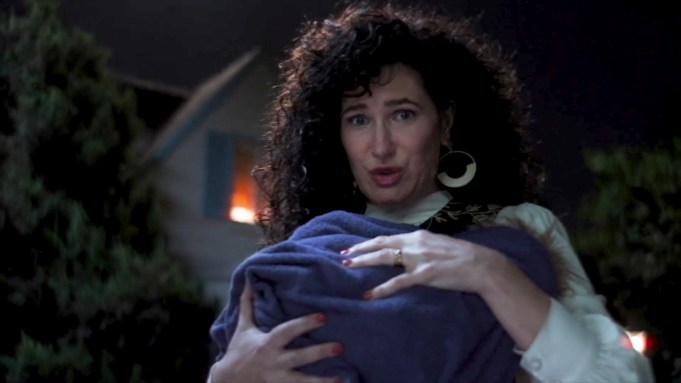 Of the many pleasures Kristen Anderson-Lopez and Robert Lopez have experienced writing the songs for Disney Plus’ “WandaVision,” one of their favorites has been the ability to get instant feedback on their work via the gargantuan social media response to the Marvel Studios series. It’s not something the married, Oscar-winning songwriters of “Frozen” and “Coco” have experienced all that much in their careers.

“Friday after Friday, it became more and more fun,” Anderson-Lopez tells Variety in an interview for the Artisans video series. “This fan base is a wonderful audience. Two year olds don’t have social media accounts.”

The duo were first approached by “WandaVision” director Matt Shakman — an old college friend of Lopez’s — in late summer of 2019 just as they were winding down work on Disney’s “Frozen II.” The pitch was at once straightforward and surprising: Shakman needed theme songs that would evoke six distinct eras in American television from the 1950s through the 2000s, to set the stage for the sitcom realities the show’s lead characters, superheroes Wanda Maximoff (Elizabeth Olsen) and Vision (Paul Bettany), found themselves living inside.

By way of example, Shakman referenced “Too Many Cooks,” the freakish 11 minute Adult Swim short that satirized the opening credits from 1980s and ’90s sitcoms and became a viral sensation in 2014.

“[It] was one of our favorite musical sketches to come out of the culture in the last several years,” says Lopez. “We thought, well, anything that’s thinking in that avant garde a direction, we want to be a part of.”

So they got to work, drawing not only from themes songs to classic TV shows like “I Love Lucy,” “The Dick Van Dyke Show,” “Family Ties,” and “Malcom in the Middle,” but also James Bond movies, Burt Bacharach hits, and Dave Brubeck jazz. To best understand the story they needed to help tell, the couple say they were given scripts for all nine episodes of the show. “But we read them very fast,” Anderson-Lopez says. “We read them enough that we knew how to do our job, but we didn’t pour over the details, so that we could kind of have fun as as audience members.”

One big twist they did zero in on was the revelation that nosy neighbor Agnes (Kathryn Hahn) was really a centuries-old witch named Agatha Harkness, who had spent the first seven episodes of the show messing around with Wanda and Vision in an attempt to understand how Wanda had conjured such a tremendous amount of magic. The song Anderson-Lopez and Lopez ended up writing to accompany Agatha’s coming out, “Agatha All Along,” became an instant sensation, climbing the music charts and inspiring all manner of remixes.

Anderson-Lopez says she wrote the lyrics in one rush of inspiration after a shower. “I think she was she was at our apartment,” recalls Lopez. “I was at the office, and by the time she got to the office, she had the sheet of paper that had the lyrics on it.” Lopez then set to putting the words to music, drawing from the spooky themes for “The Munsters” and “The Addams Family,” as well as the Oompa Loompa songs from 1971’s “Willy Wonka and the Chocolate Factory.”

Most importantly, Lopez made sure “Agatha All Along” used the four-note theme he wrote for “WandaVision,” built around a chord known as “the devil’s interval.”

To understand why Lopez chose that chord, how it fit into the songs in “WandaVision,” and what it was like to watch Hahn record her vocals on “Agatha All Along,” check out the full video (above) in this post.