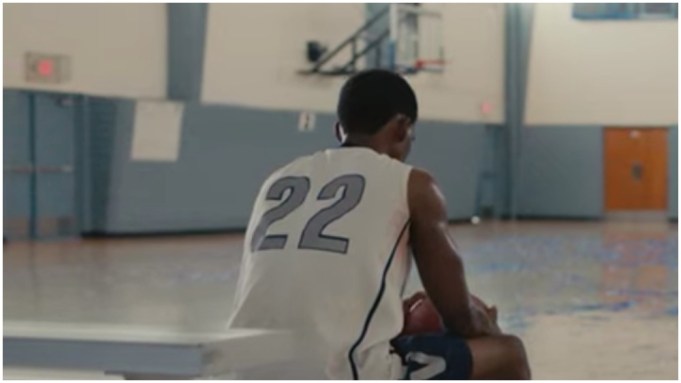 The 90-minute “Vice Versa,” for which Vice is launching a trailer (above), is directed by Patrick Dimon and hosted by former Olympian and NCAA athlete Jeremy Bloom and will premiere on Vice TV in the U.S. on June 9.

“American college athletics is a $14 billion dollar annual business, but NCAA athletes do not receive a salary or benefits, are not cut into the profit system, and are precluded from entering the free market or signing any endorsement deals,” reads the potentially explosive doc’s synopsis. “Now, host Jeremy Bloom is on a deeply personal mission to expose the system that wronged him and seek justice for his peers.”

Bloom ended his college football career in the early 2000s over an endorsement discord. He went on to be drafted into the NFL by the Philadelphia Eagles, and later became a two-time Olympic skier. In the doc, Bloom investigates the trajectory of the NCAA, those affected by the org. over the years, and the “false narrative” of amateurism it employs against college athletes.

“For the past two decades I have been fighting for the rights of student athletes and working hard to expose the hypocrisies of the amateurism business model,” Bloom said in a statement. “This documentary underlines the injustices and delivers a hard hitting narrative that will surely send shockwaves through the college sports landscape,” he added.

“Vice TV’s approach to bravery storytelling includes taking on institutions that no one else will,” said Morgan Hertzan, executive VP and general manager for Vice TV. “Through our critically acclaimed Dark Side franchise we’ve taken a close look at the world of professional wrestling and the NFL. No institution has a larger impact on student athletes than the NCAA and it is an honor to partner with Jeremy on this project, who has been leading the crusade against the broken system of college athletics for the past 15 years.”

“Vice Versa: College $ports, Inc.” is part of Vice TV’s ‘Vice Versa’ strand, a series of high-profile investigative docs that also comprise “Vice Versa: The Neglected Pandemic, 40 Years of HIV & AIDS,” which looked at what means to be HIV positive in the U.S. in 2021, narrated by “Queer Eye” star Jonathan Van Ness; “Vice Versa: One Man and His Shoes,” described as “a deep dive into the global love affair with Nike’s Air Jordan sneakers”; “Vice Versa: Bernie Blackout,” which investigated whether Bernie Sanders’ campaign for presidency was sabotaged by corporate media bias and the mainstream press; and “Vice Versa: Meghan Markle Escaping The Crown.”