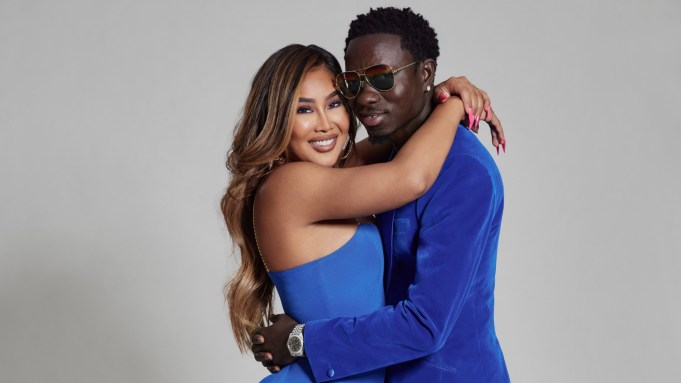 The show will feature three couples best-known to audiences from the network’s “Love & Hip Hop” franchise (Yandy Smith-Harris and Mendeecees Harris; Rasheeda and Kirk Frost; Ray J and Princess Love), as well as activist Raymond Santana and model Deelishis, and actor Michael Blackson with his significant other Rada.

On the show, the couples will embark upon a week-long vacation and take part in honest and uncensored conversations about how the celebrity factor can challenge a relationship, the importance of communication and the pain of heartache. The show will also dive into social issues including mental health, racial injustice and prison reform, especially as Mendeecees Harris and Santana bond over shared emotional scars from their imprisonment and desire to shed prison survival skills to be strong men and good husbands and fathers.

Get to know the couples better below:

Yandy Smith-Harris and Mendeecees Harris – The duo was reunited after a year of activism and an early release from prison, but now they have been getting used to each other again amid a global pandemic. In addition to adjusting to life back in each other’s physical spaces, they also have to move past hidden conflicts from their four years apart.

Deelishis and Raymond Santana – As one of the wrongly accused adolescents that make up the Exonerated Five, Santana spent his teen years locked up and emerged with PTSD. He and Deelishis fell hard and fast for each other and got married without realizing what they would be up against with that struggle — or with her own challenges in trying to be seen for more than just her looks.

Michael Blackson and Rada – Although this couple has shared parts of their relationship (the good, the bad and the messy) on social media, they have yet to take their relationship this public. The network notes that not even their own families knew about their private lives and that they feared backlash for being in an interracial relationship.

Rasheeda and Kirk Frost – The Frosts have been known as the “relationship goals” couple that others strive to imitate, but no couple is truly perfect, and their issues and unresolved tension over past betrayals will finally come to light.

Ray J and Princess Love – In the early stages of divorce, Princess wants Ray J to stop disappearing for days at a time while he wants respect and acknowledgment for his hard work.

Watch a trailer for “VH1 Couples Retreat” above.