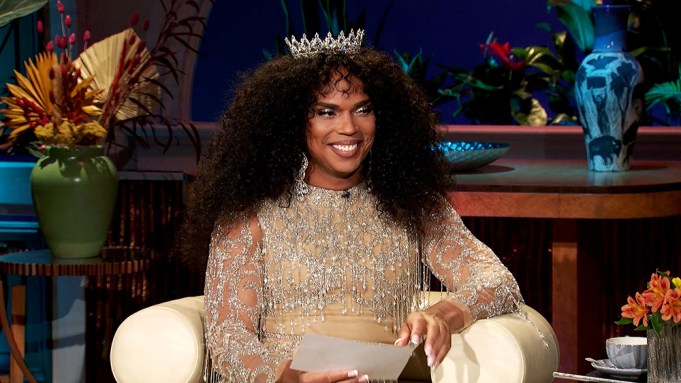 Variety has a first look at “Twenties After-Show With B. Scott,” a new companion series attached to BET’s original series “Twenties” from Lena Waithe.

Announced in March, the show elevates media personality B. Scott as the first out, trans non-binary host and executive producer in the network’s history. Following each episode of the second season of “Twenties,” B. Scott will sit with cast and creatives to unpack the narrative, steeped in the queer Black experience.

In a clip from the upcoming after-show, Scott thanks co-executive producer Waithe for helping bring them this platform.

“I got a little emotional doing the intro,” Scott says, “talking about how if you’re going through a rough time, life does get better. I’m a living testament to that. To be that person now for someone, you are allowing me to have that moment.”

Waithe in turn told B. Scott that their videos and social content helped her when she first moved to Los Angeles in search of a career.

“I love you. I want to say thank you, watching your videos when I was first out here … it really inspired me and made me feel less alone. When you’re queer and you’re Black and you’re trying to be in the business and chase your .dream, it really doesn’t feel like there is space for you,” Waithe said. “I feel a full-circle moment to be with you, to have our legacies be forever linked, and you look like a star from the heavens.”

The after-show is set to premiere on Wednesday, October 13, at 10:30 p.m., following the scripted series airing at 10 p.m. It is executive produced by Waithe and Rishi Rajani with Rocio Melara overseeing for their Hillman Grad Productions banner; alongside B. Scott under their Ahoskie Productions banner; and Sergio Alfaro, Michael Weinberg, Fernita Wynn and Ray Giuliani for Invent TV with Alberlynne “Abby” Woods serving as a producer.

In 2012, B. Scott became the first trans non-binary person to appear on BET’s “106 and Park” and judge the “Rip the Runway” competition. They’ve also hosted the “Style Stage Red Carpet” at the annual BET Awards.