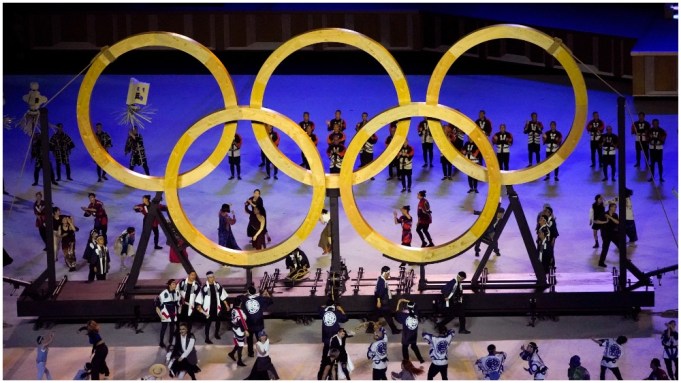 NBCUniversal’s Olympics coverage is putting a spotlight not only on the world’s top athletes, but on the way American viewers are choosing to watch them.

In decades past, fans of swimming competitions and gymnastic feats would tune in to a single network showing the Summer Olympics, and giant audiences would follow. In recent years, however, as U.S. rightsholder Comcast has sought to monetize a $4.4 billion pact that grants it exclusive rights to show the Games in the U.S., Olympic telecasts have made their way to CNBC, USA and NBCSN. And in 2021, with audiences accustomed to watching whatever they want with a few clicks on a remote, there is no single, defined way to watch the sports extravaganza.

With that expanded access comes a noticeable decline in traditional measures of watching the Games. Over the weekend, NBCU acknowledged that its Friday broadcast of the event’s opening ceremonies — typically one of the most attractive parts of the broadcast — drew an average of around 17 million viewers in the U.S. marking a decline of approximately 36% from the audience for the company’s 2016 broadcast of an opening ceremony for the Summer Games in Rio. NBCU’s numbers include two different broadcasts of the ceremonies, one in the morning that was live due to the time difference between the U.S. and Tokyo, and another, more produced version that aired in primetime. The figures also include streaming activity.

To be sure, these ceremonies were like few others: Due to the coronavirus pandemic, live audiences were not allowed to take part. And the Games were delayed a year from their original debut, which was supposed to take part in 2020.

At the same time, NBCU is seeing better activity in other parts of its Olympic efforts. The primetime audience for Saturday’s events, including broadcast and cable, were 26% higher than viewership for the opening ceremonies — an indication that audiences are gravitating toward traditional Olympics action, like swimming and gymnastics, rather than an atypical version of the Olympics kick-off. Meanwhile, NBCU also said the streaming audience on NBCOlympics.com and the NBC Sports app increased 76% compared with the opening ceremony in the Pyeongchang, South Korea, Winter Games and 72% compared with Rio. The company did not provide audience numbers for Olympic viewership on Peacock.

The Olympics are going through the same sort of wrenching change through which other big TV mainstays are navigating. The Oscars, Grammys and Golden Globes are all experiencing declines in linear viewing, as are the day-and-date broadcasts of every kind of primetime comedy and drama. The Super Bowl, which generates TV’s biggest single-day audience each year, has also begun to see its overall audience start to settle.

The declines aren’t new. Overall linear-TV viewership for the 2016 Rio Games was off 18% from NBCU’s 2012 broadcast of the Summer Games from London.

But they threaten to undermine a flow of revenue upon which TV networks depend: advertising. NBCU has said that expects to exceed the $1.25 billion in ad deals it secured for Rio, and the company was still selling as recently as late June.

In years past, NBCU has taken pains to cushion the blow of Olympic viewership declines. In 2016,  NBCU was able to meet advertiser guarantees by granting sponsors extra commercial time, and came away from Rio with approximately $250 million in profit. The company continues to place emphasis on a tally of viewing across all of its TV networks, not just flagship NBC.

Rather than tout how many people saw the ads that accompany the Olympics, NBCU’s ad-sales unit is playing up the connection the commercials make to those who do, issuing stats on Monday that look less at mass reach and more at the amount of attention and recall Olympic commercials spark from the audience. “Enjoying the Games is not a linear sprint, but a multi-screen relay — and we know our platform will deliver for advertisers in delivery and impact,” said Mark Marshall, president of advertising and partnerships at NBCUniversal, in a prepared statement. “Our teams are speaking to our partners every single day to ensure we help them achieve their goals throughout the Games.”