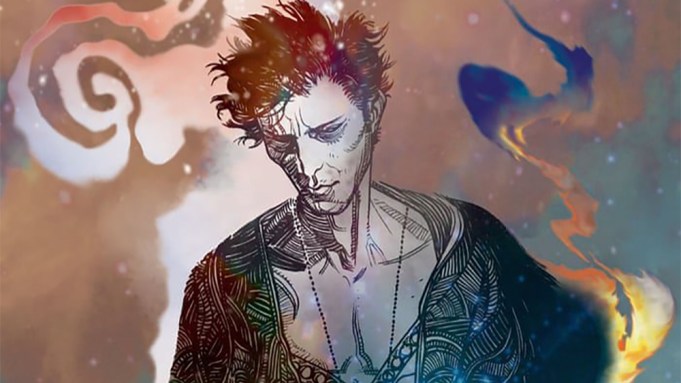 Based on the comic book series created for DC by Neil Gaiman, “The Sandman” is a rich blend of modern myth and dark fantasy in which contemporary fiction, historical drama and legend are seamlessly interwoven. The story follows the people and places affected by Morpheus, the Dream King, as he mends the cosmic — and human — mistakes he’s made during his vast existence.

Released during Netflix’s first-ever Geeked Week celebration, Gaiman narrated the behind-the-scenes video that gave fans a hint of what to expect from the series. The author described the world as “the place that we go when we close our eyes at night,” referring to the Dreaming — which is ruled by Morpheus (Tom Sturridge).

“I’m someone who is an obsessive ‘Sandman’ fan,” Sturridge said. “It’s an awesome responsibility because it’s something that is so beloved.”

Gaiman was able to see his dream come to life at Shepperton Studios in England, where Netflix set up a permanent production base in 2019. The video featured interviews with other cast members such as Gwendoline Christie, who will be portraying a gender-swapped version of fallen angel Lucifer Morningstar.

“I read the ‘Sandman’ graphic novels, so I knew that I simply had to be involved in this project because something truly unique was going to happen,” Christie said. “The sets are vast, great amount of detail and care has been put into how it’s been brought to life.”

Along with Sturridge and Christie, the show features an expansive cast that includes Charles Dance, Kirby Howell-Baptiste, Stephen Fry, and Patton Oswalt.