The show stars Steven Martin, Martin Short and Selena Gomez as three strangers who are all obsessed with true crime and suddenly find themselves wrapped up in one when a grisly death occurs inside their Upper West Side apartment building. Suspecting murder, the trio dive into an investigation of their own, documenting the case along the way via podcast. They unravel the complex secrets of the building, all the while telling lies of their own. Realizing a killer may live among them, they race to decipher the mounting clues before it’s too late.

“Only Murders in the Building” comes from writers John Hoffman and Martin, who serve as executive producers alongside Short, Gomez, Jamie Babbitt, Dan Fogelman and Jess Rosenthal. The cast also includes Amy Ryan and Aaron Dominguez. See the first look images below. 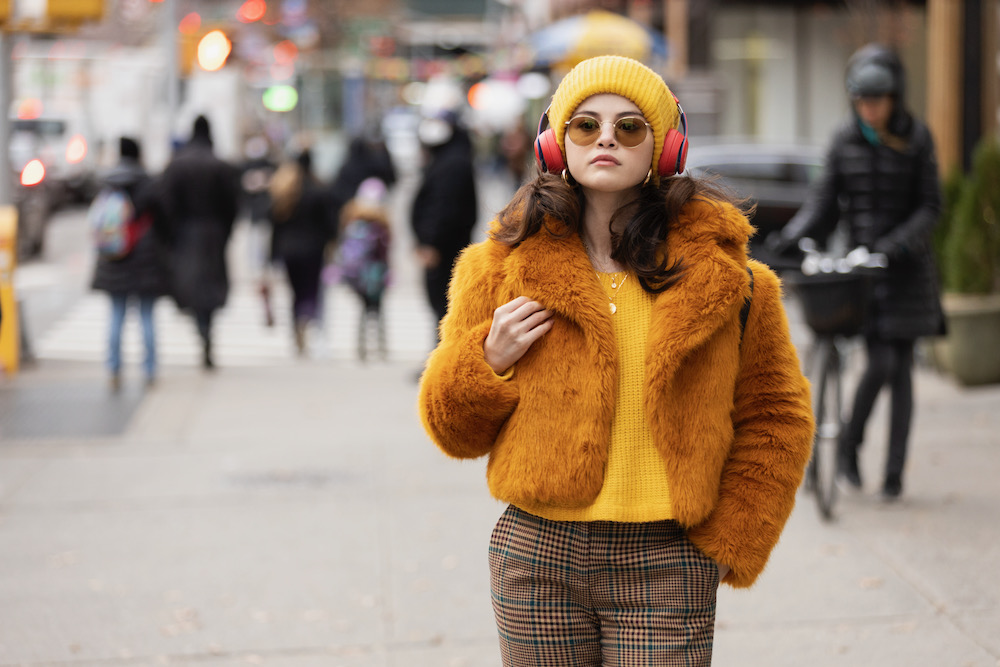 The festival will host a conversation with “Kevin Can F**k Himself” creator Valerie Armstrong and stars Annie Murphy and Mary Hollis Inboden, while Rob McElhenney, Megan Ganz, David Hornsby, Ashly Burch, Charlotte Nicdao, F. Murray Abraham, Danny Pudi, Imani Hakim and Jessie Ennis are set for Apple TV Plus’ marquee conversation about “Mythic Quest.” For “Ultra City Smiths,” creator Steve Conrad will join the cast for a Q&A and first look at the show; “Blindspotting” will deliver an inside look at the writers’ room with Rafael Casal, Daveed Diggs, Alanna Brown, Nijla Mumin, Priscila Garcia-Jacquier and Benjamin Turner, and “The Good Fight” will consist of a Season 5 premiere screening and conversation with co-creators and showrunners Robert and Michelle King, stars Christine Baranski and Audra McDonald, and new cast members Charmaine Bingwa and Mandy Patinkin. “Central Park” panelists will be announced at a later date.

ESPN Plus announced that the four-part documentary series “Claressa Shields” will premiere on June 3. The series will give fans a behind-the-scenes look at Shields’ quest to become the greatest two-sport athlete of all time, simultaneously maintaining her dominance in boxing while making her debut in mixed martial arts. After becoming a two-time boxing Olympic Gold Medalist and the first professional boxer to win undisputed world titles in two separate weight divisions in the four-belt era, Shields has now set her sights on an MMA championship as part of her ambitious goal to be recognized as the undisputed, greatest woman in combat sports. Shields’ MMA debut with the Professional Fighters League is a lightweight bout versus Brittney Elkin at “PFL 4.” The event will stream live on ESPN Plus June 10 at 6 p.m. from Atlantic City, N.J.

The History Channel announced that the one-hour documentary “Fight the Power: The Movements That Changed America” will premiere on June 19 at 8 p.m. Narrated by NBA legend Kareem Abdul-Jabbar, the film takes a look at the impact key movements throughout U.S. history have had in shaping our society, laws and culture. From the labor movement of the 1880s, women’s suffrage and civil rights, to the LGBTQ+ and Black Lives Matter movements, this documentary will deliver an unfiltered look at the ways protest has evolved the world in which we live. Abdul-Jabbar and Deborah Morales serve as executive producers for Iconomy Multimedia & Entertainment. Steve Ascher, Kristy Sabat, Jessica Conway, Kai Bowe and Stephen Mintz are executive producers for the Six West Media. Eli Lehrer and Jennifer Wagman are executive producers for The History Channel.

“OWN and Procter & Gamble Present: Widen The Screen – A Fuller View of Black Life” will premiere May 25 at 8 p.m. on OWN. The special presentation, timed to honor the anniversary of the murder of George Floyd, will feature short films and new content by Black creators that celebrate Black stories. Host Oprah Winfrey will also lead conversations about the vastness of Black identity and experience. The lineup includes projects from creators Queen Collective and Saturday Morning and the world premiere of “These Hands” from LeBron James and Maverick Carter’s athlete empowerment brand Uninterrupted.

Hosted by Gail Simmons, Bravo’s “Top Chef Amateurs” will premiere on July 1 at 9 p.m. with two back-to-back episodes. The cable network will also air a special first look at the series on May 27 at 9 p.m. In each 30-minute episode, two amateur chefs will compete head-to-head in iconic challenges from the “Top Chef” archives, including the dreaded risotto dish and blind taste test. The amateur chefs — who range from an ex-CIA agent to an architect — will partner with “Top Chef” alumus who will cook alongside them and battle against the clock. A rotating panel of guest judges will determine each episode’s winner, who will take home $5,000. The judges for the season include Eric Adjepong, Richard Blais, Jennifer Carroll, Shirley Chung, Stephanie Cmar, Tiffany Derry, Joe Flamm, Gregory Gourdet, Melissa King, Kwame Onwuachi, Dale Talde and Isaac Toups. The show is executive produced by Casey Kriley, Jo Sharon, Doneen Arquines, Gayle Gawlowski, Zoe Jackson and Hillary Olsen.

Netflix released a trailer for the fourth season of “Elite,” which premieres on June 18. The fourth season will feature a new school year with a new director (Diego Martin) at Las Encinas, who plans on placing the institution back on track. He brings his three teenage children with him, who are too used to always having their way and will jeopardize the union and strong friendship of the students who have stayed at the school. The season will also star Miguel Bernardeau, Arón Piper, Claudia Salas, Georgina Amoros, Itzan Escamilla, Omar Ayuso, Diego Martín, Pol Granch, Carla Díaz, Martina Cariddi, Manu Rios and Andrés Velencoso. “Elite” was created by Carlos Montero and Darío Madrona. 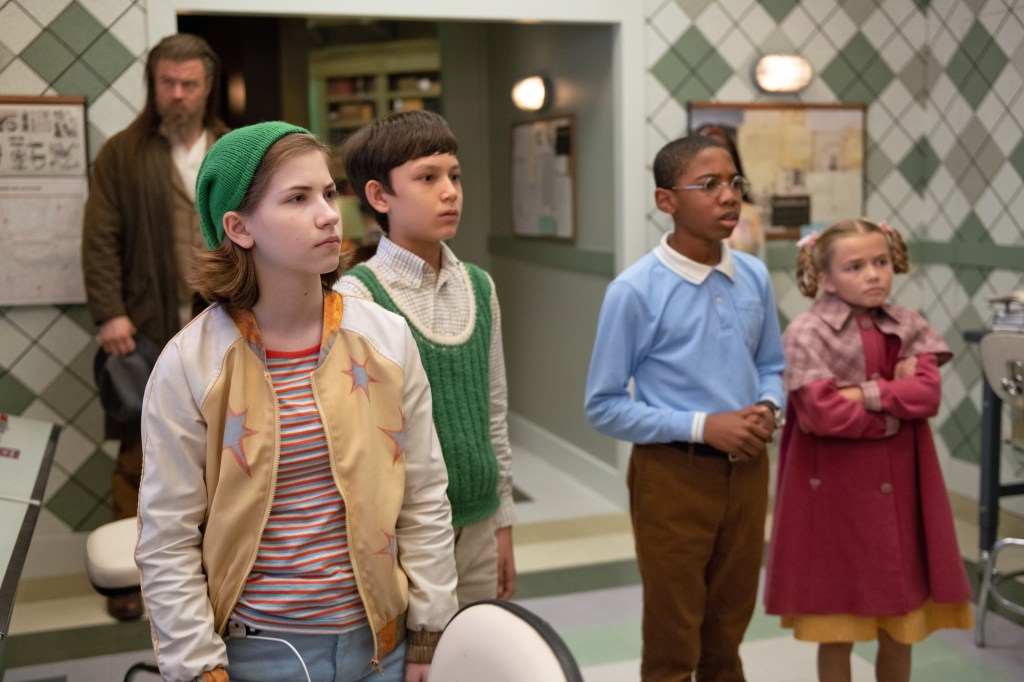 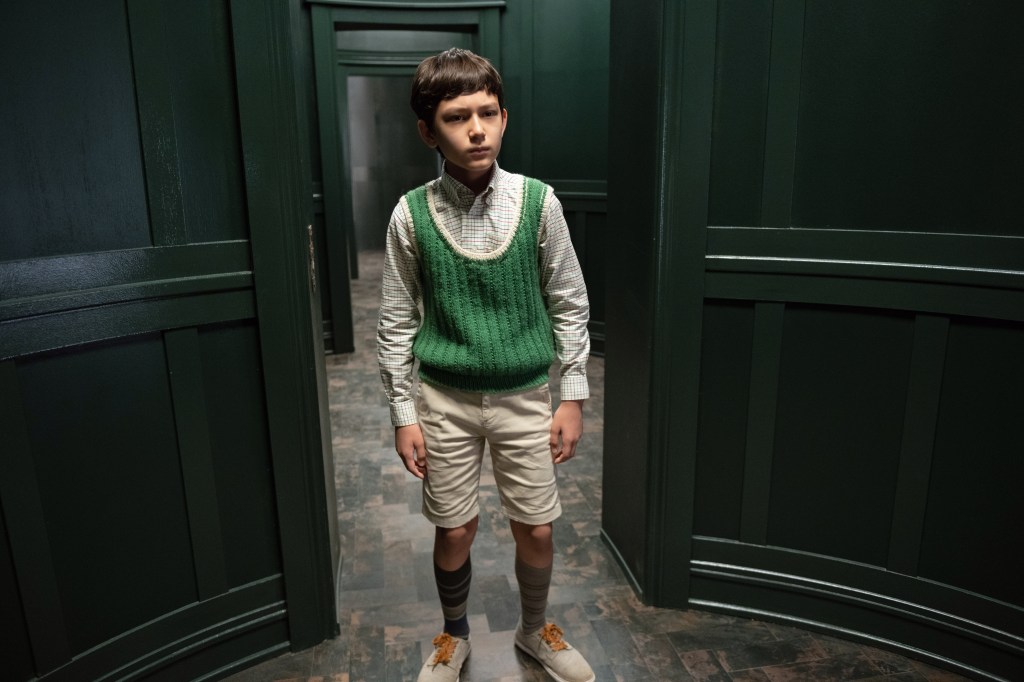 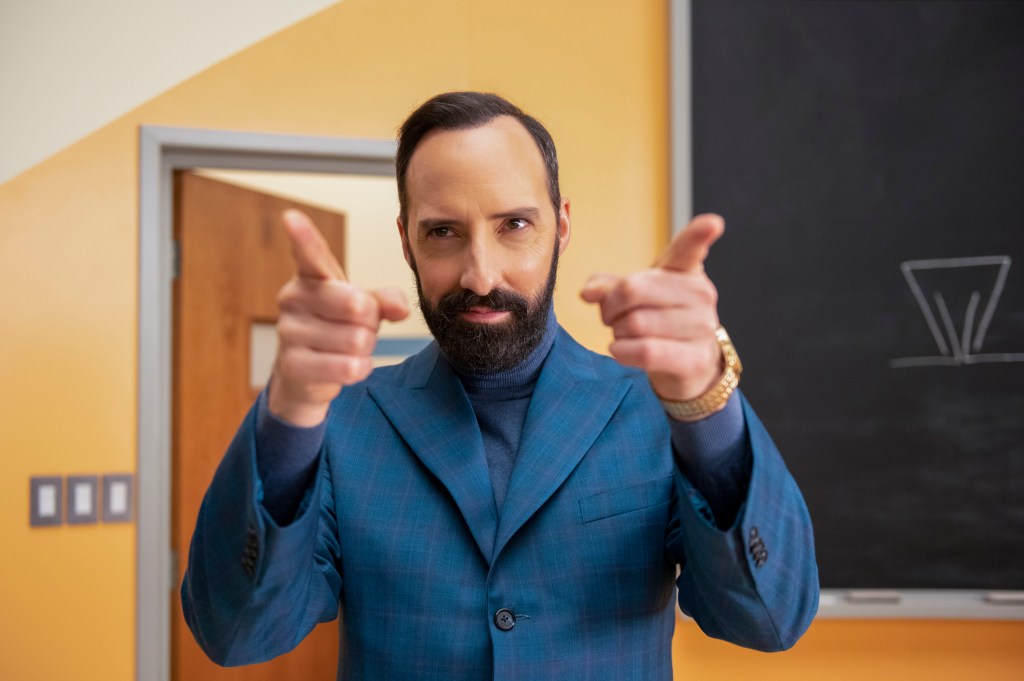 Hulu released a trailer for Season 2 of “Love, Victor,” which premieres on June 11. In the season, Victor (Michael Cimino) enters his junior year of high school, during which he must face a heartbroken ex-girlfriend, the difficulties of being an openly gay star athlete and his family struggling with his sexuality. All the while, he navigates the excitement of his relationship with Benji. “Love, Victor” also stars Rachel Hilson, Anthony Turpel, Bebe Wood, Mason Gooding, George Sear, Isabella Ferreira, Mateo Fernandez, James Martinez and Ana Ortiz. Its executive producers are Isaac Aptaker, Elizabeth Berger, Brian Tanen, Jason Ensler, Isaac Klausner, Marty Bowen, Adam Fishbach, Wyck Godfrey, Pouya Shahbazian and Adam Londy. Watch the trailer below.

Moran Atias has been cast as a recurring character in the upcoming sixth and final season of “Animal Kingdom.” Atias will play Louise Thompson, a San Diego County detective who works cold cases. Her relentless pursuit of killers is driven by a dark, complicated and twisted history that comes from her trying to outrun her own trauma. She uses every method of manipulation, including lying and ignoring police procedure, to find justice for long-dead victims. And now she has the Codys in her crosshairs. The series stars Shawn Hatosy, Ben Robson, Jake Weary, Finn Cole, Leila George, Rigo Sanchez and Jon Beavers. The fifth season will premiere this summer on TNT, while the sixth season is currently in production. “Animal Kingdom” is executive produced by John Wells, Daniele Nathanson and Erin Jontow. Atias is repped by Greene & Associates, Avenues Management and The Lede Company.

The Jim Henson Company promoted Chris Lytton to the role of president and COO, effective immediately. Lytton will continue managing all deal-making and business strategies for the company. Additionally, he will oversee the day-to-day management of the organization and staff including its global distribution, consumer products and production efforts, as well as its two locations of the award-winning Jim Henson’s Creature Shop (Los Angeles and New York) and the world-famous Henson Recording Studios.

Yvonne Orji, Ryan Seacrest and Counting Crows will be on “Jimmy Kimmel Live,” while “The Tonight Show Starring Jimmy Fallon” will have on Tina Fey, Mo Rocca and Dayglow, and Rob McElhenney, Ryan O’Connell and Brian Frasier-Moore will appear on “Late Night With Seth Meyers.”