‘The Challenge: All Stars’ to Debut in April on Paramount Plus 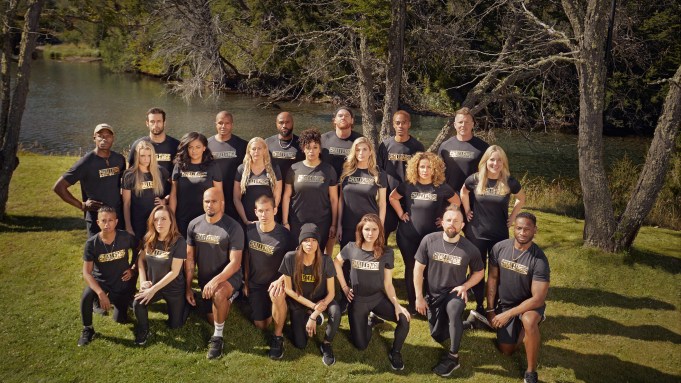 MTV’s long-running reality competition program “The Challenge” will debut an “All Stars” season on ViacomCBS’ new streaming service Paramount Plus on April 1.

Additionally, this upcoming new season will also bring after show “The Challenge: Aftermath,” which is set to provide a behind-the-scenes look at everything from the challenges to eliminations and inside-the-house drama. This after show is hosted by “Real World” and “The Challenge” alumnus Devyn Simone and will be available to stream on Paramount Plus and on “The Challenge” YouTube channel.

The new nine-episode season will feature 22 returning “Challenge” competitors — yes, an entire season of true veterans — some of whom have just been seen on the most recent season, “The Challenge: Double Agents” on MTV, and some of whom are making their grand return after years away, all competing for a $500,000 grand prize.

Among this group some are out for retribution, to rehash old beef and to remember “what it feels like to be a winner,” while others want to “show how the OGs used to roll,” as Long says in the trailer for the season. (Long began pitching an idea for an “OG” season of this show last summer.) But who will be crowned the greatest of all time? Get a sneak peek of “The Challenge: All Stars” above.

Filmed in the Andes Mountains in Argentina, “The Challenge: All Stars” is hosted by TJ Lavin and will drop its nine episodes weekly on the streamer. Julie Pizzi, Justin Booth, Dan Caster and Leanne Mucci and Long serve as executive producers, with Jack Reifert as co-executive producer. Diego Amson, Shawn Viens and Jared March serve as supervising producers. The show was created by Bunim/Murray Productions. Donny Herran is MTV’s senior vice president of production on the show.

Although many seasons of “The Challenge” tug on nostalgic heartstrings by bringing back beloved favorites, this “All Stars” version digs the deepest and reaches for a “reunion” feel more than most. It follows on the heels of “The Real World Homecoming: New York,” which brought the original cast members from the first season of “The Real World” back to their New York City apartment for a new season on Paramount Plus in March.