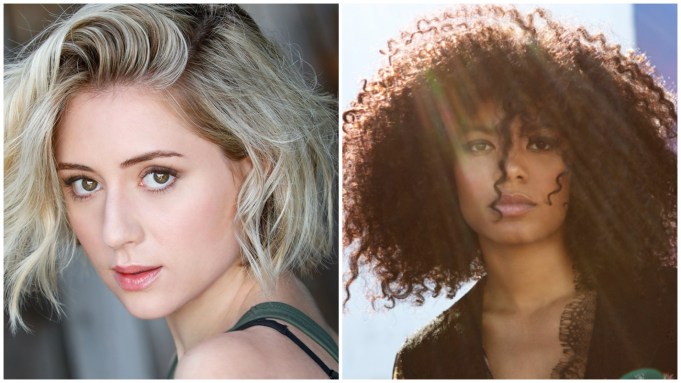 “The Boys” spinoff at Amazon is nearing a series order. In addition, Lizze Broadway and Jaz Sinclair have joined the ensemble cast.

The project was first announced as being in development in September. Set at America’s only college exclusively for young adult superheroes (and run by Vought International), the untitled series is described as an irreverent, R-rated show that explores the lives of hormonal, competitive Supes as they put their physical, sexual, and moral boundaries to the test, competing for the best contracts in the best cities.

Broadway will play the role of Emma, a young superhero. Her past TV credits include “The Rookie,” “Bones,” “Southland,” “Splitting Up Together,” and “Here and Now.” She is repped by Coast To Coast Talent Group and Industry Entertainment.

Sinclair will play Marie, another of the young superheroes. She most recently starred in “Chilling Adventures of Sabrina” at Netflix. Her credits prior to that include “Rizzoli & Isles,” “Easy,” and “The Vampire Diaries.” She is repped by UTA and Creative Partners Group.