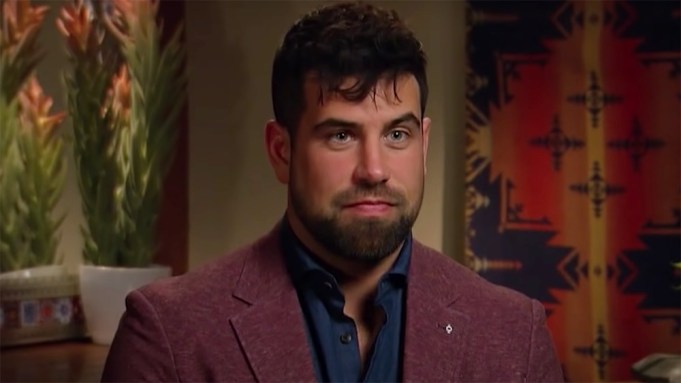 Tonight, a familiar face will return to Bachelor Nation.

Blake Moynes was first introduced as a contestant on Clare Crawley and Tayshia Adams’ season of “The Bachelorette,” but now, he’ll fight for another leading lady’s heart, as he makes a surprise entrance on Katie Thurston’s season.

Moynes is a late addition to Thurston’s group of suitors, and will certainly raise the level of drama among the cast of men, who are already at an all-time competitive high.

“I am a little bit late to this, but Katie is the one, so I just had to show up,” Moynes says in the super-tease for this season, angering the rest of the men.

Adams, who is serving as co-host of “The Bachelorette” with Kaitlyn Bristowe this season, says she was stunned by Moynes’ return, given her past with him. (Last year, Adams dated Moynes during her season, before ultimately ended up with her now-fiancé, Zac Clark. On their one-on-one date, the pair had a cringeworthy, but hilarious tantric yoga session, before Adams sent a tearful and heartbroken Moynes home.)

“I was genuinely surprised. Did I expect to see an ex date or kiss someone in front of me that soon? No. But it happens in this world,” Adams tells Variety of Moynes’ entrance tonight.

“I was shocked,” she adds. “But at the same time, Blake and I did sit down and had a conversation. I truly adore Blake and I think he has really good intentions and he has a good heart, so I knew he wasn’t coming to ruffle feathers and just be a monkey in the wrench, so I gave him the green light and whatever Katie decides to do with that, you’ll just have to see.”

Bristowe knows a thing or two about producers bringing back a former flame, as fan-favorite alum Nick Viall appeared midway through her season in 2015 and joined the her cast, which became a major “Bachelor” brouhaha.

Bristowe says she was able to give advice to Thurston, based on her similar experience.

“It’s interesting because on my season, I had Nick [Viall] come back from Andi’s [Dorfman] season and join,” Bristowe said. “So I was able to really relate to her in that way and say, ‘If you feel any sort of connection to him, I really believe you should bring him on,’ because I’m glad I made that decision even though it ruffled all the feathers and sent people over the top, I was doing that for me. And this is Katie’s journey and this is her time to figure out these relationships, so I told her to go for it, if she felt like there was any chance for them.”

So, is there a chance for Moynes and Thurston? The two co-hosts are staying mum and not divulging details on Thurston’s journey for love, but they promise many more surprises.

Also in the super-tease, Thurston is seen storming off and is heard over her mic asking producers to get her a flight out, indicating that she wants to quit her season. Per usual, the tabloid press has reported wide-ranging rumors on the scene, which has yet to play out on-air.

“There are so many twists and turns in this journey. There are also a lot of firsts this season,” Adams teases. “I think that you’re just going to have to keep watching and you’ll probably understand why she feels the way that she did.”