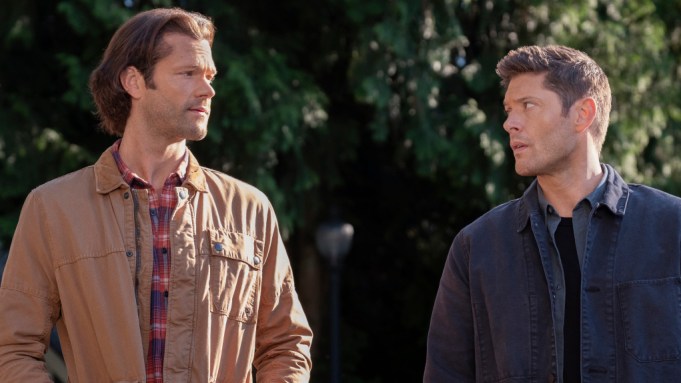 It seems Jared Padalecki was blindsided about the announcement that his “Supernatural” co-star Jensen Ackles is developing a spinoff series about their characters’ parents.

After news broke Thursday evening that Jensen and Danneel Ackles are working on a new spinoff titled “The Winchesters,” Padalecki took to Twitter to reveal that he’s had “no involvement whatsoever” in the show and a tweet by Ackles was the first he’d ever heard about it.

“Dude. Happy for you. Wish I heard about this some way other than Twitter. I’m excited to watch, but bummed that Sam Winchester had no involvement whatsoever,” Padalecki wrote, addressing a tweet by Ackles.

When asked by a fan if his tweet was a joke, Padalecki replied, “No. It’s not. This is the first I’ve heard about it. I’m gutted.”

Dude. Happy for you.
Wish I heard about this some way other than Twitter.
I’m excited to watch, but bummed that Sam Winchester had no involvement whatsoever. https://t.co/bAcEvFKM7p

The CW has a script commitment to the prequel by the Ackles couple. The new show will be told from the perspective of the narrator, Dean Winchester — and Jensen Ackles will be reprising his role. It’s described as the epic, untold love story of how the Winchester parents met and how they put it all on the line to not only save their love, but the entire world. The Ackles are executive producing with Robbie Thompson, who is writing the spinoff and formerly co-executive produced the original “Supernatural” series.

“Supernatural” wrapped its 15-season run last fall and was much beloved by its passionate fanbase. Ackles and Padalecki starred as brothers Dean and Sam Winchester who hunt demons, ghosts, monsters and all manner of dangerous beings. Jeffrey Dean Morgan and Samantha Smith appeared on the show as their parents, John and Mary Winchester, but John died in the Season 2 premiere and Mary was killed by a demon when Sam was a baby, spurring his decision to become a monster hunter.