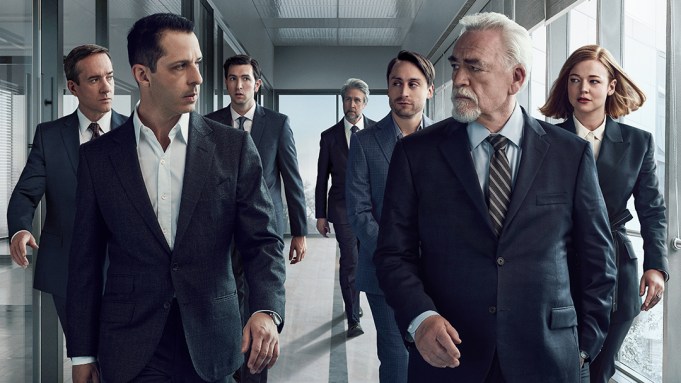 HBO has released a new clip from season 3 of “Succession.” (Watch the clip above.)

The close to two-minute-long clip shows the frantic aftermath of Kendall Roy’s (Jeremy Strong) shocking press conference that closed season 2. Upon leaving the room, Kendall tells his team they’re headed to Waystar HQ, where they’ll “plant a flag, fix up my lawyers, PRs, get some independent directors shaking, and maybe ride in to see the f— feds.”

Back in the company car with corporate PR Karolina (Dagmara Domińczyk) and Cousin Greg (Nicholas Braun), Karolina reminds Kendall that he’s presumably no longer part of his family’s company after whistleblowing to the press, to which he then pitches her on joining his “revolution.” “This is a fork in your life, Karolina. This is the righteous vehicle,” says Kendall before the clip cuts out.

The third season of “Succession,” set to premiere on HBO on Oct. 17, picks up at the very end of the events of season 2, wherein patriarch, dad boss and bully Logan Roy (Brian Cox) finds himself in a perilous position, scrambling to secure familial, political and financial alliances after Kendall’s press conference. Tensions rise as a bitter corporate battle threatens to turn into a civil war, prompting everyone in the Roy inner circle to figure out which side they’re on.

HBO will screen two episodes from season 3 during the BFI London Film Festival on Oct. 15. Showrunner Jesse Armstrong will introduce both episodes.

In his Variety review, TV critic Daniel D’Addario said season 3 is “perhaps the show’s most sharply observed run so far.”