The “Succession” Season 2 finale aired on HBO on Oct. 13, 2019, with the propulsive episode “This Is Not for Tears.” Logan Roy (Brian Cox), the family patriarch and CEO of Waystar Royco, has asked his erratic, striving son Kendall (Jeremy Strong) to take the fall — make a “blood sacrifice,” as Logan calls it — for the company’s cruise division, which has covered up deaths, rapes and sexual harassment. Instead, at the press conference at which Kendall is meant to fall on his sword, he implicates Logan: “This is the day his reign ends.”

More than two years later, after a long delay because of the global pandemic, the nine-episode new season of “Succession,” will premiere on Sunday. Since it was last on television, “Succession” won seven Emmys for its second season, including the top prize for outstanding drama and actor for Strong.

In Season 3, the dynamics of the Roy family have been reset: Logan is destabilized (but still a powerhouse); Kendall is invigorated (but has no real plan); and the rest of the family — Shiv (Sarah Snook), Roman (Kieran Culkin) and Connor (Alan Ruck) — are all jostling for power and clout. Also buzzing around the Roys are the hapless Cousin Greg (Nicholas Braun), Shiv’s husband Tom (Matthew Macfadyen) and Waystar loyalist Gerri (J. Smith-Cameron).

It’s a wonderful thing. This week, the day after the show’s premiere in New York City, Variety spoke with series creator Jesse Armstrong about where we find the show’s characters as the season begins, some of the show’s inspirations and how “Succession” might land post-Trump.

When Season 2 ended, it seemed like the final shot of Logan’s Mona Lisa smile implied that he was proud that Kendall had finally showed a true killer instinct. How does that connect with where Logan starts off in Season 3?

I love what Brian did with that. We thought it was interesting to find out as a writers’ room. We were super curious about the emotional and practical dynamics of what would happen after that dramatic intervention that Kendall made. 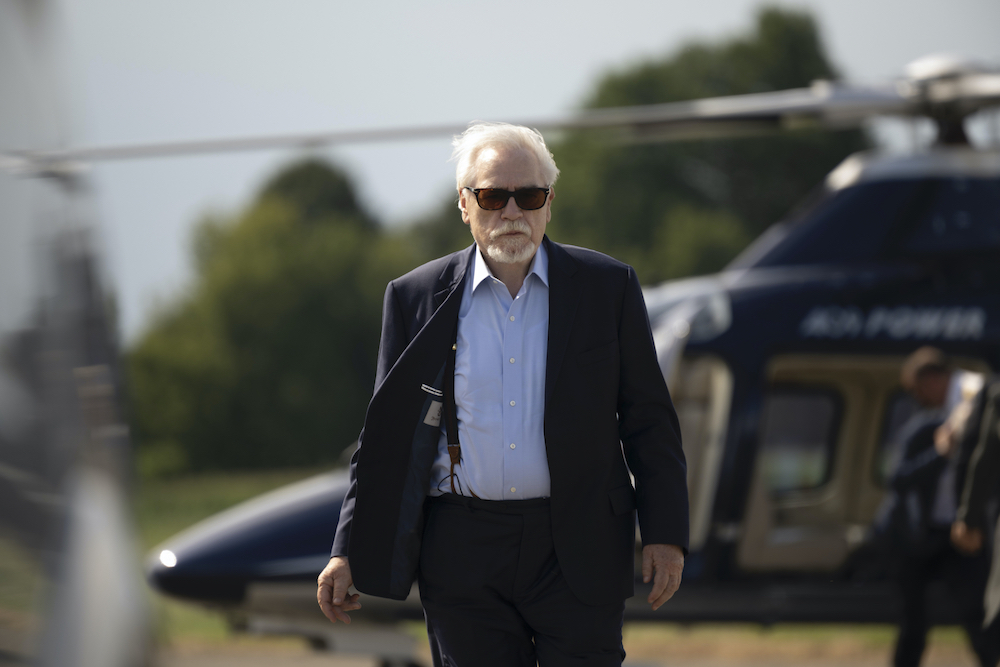 The show’s audience grew through Season 1 and exploded in Season 2 — especially online. Do you pay attention to that and to what parts the audience is responding to? Do you write toward that at all?

It’s interesting what the true answer is to that. I think the creative spirit kind of always wants to say, “No — there’s just this one way of going, and that’s what we follow.” It’s true that the big, strong tide of what we’re doing is the agenda we set for ourselves in the writers’ room. What we’re interested in, what character stuff we want to follow, what business stuff feels like is reflective of the big tech and media currents in the world.

I am aware that people’s enthusiasm has grown for the show, and that’s really gratifying. I’d like as many people as possible to watch and enjoy it. It’s not useful on a micro level to think about suggestions, or which characters or which dynamics people enjoy. They’ve enjoyed them because we’ve done something interesting with them. Trying to replicate that would be no fun for them or us.

What’s it like for you and the writers to write Kendall, with his wild emotional fluctuations, and kind of ridiculous affectations? He’s like an open wound. What’s it like to create that character?

Like the other characters, he just feels very real to us. Without being too earnest, I guess we try and write him from the inside out. And it’s not like we see him as a subject or a puppet to be played with or toyed with. I don’t find enjoyment in the idea of putting him through his paces, or his suffering. It’s like, ‘What would happen to him, and how would that feel?’ What you’re describing is the experience of watching him do that stuff. That’s a different way from how we approach it, which tries to be from the inside out — if that doesn’t sound too highfalutin.

“Succession” wrestles with themes about family and power — in the Guardian, you said the idea for it was “something like ‘Dallas’ meets ‘Festen,’” (or “The Celebration” in the U.S). What did you mean by those two inspirations?

We know that what “Dallas” is — it’s a big, glossy family business wrestling battle, which is very vivid, and very enjoyable. And so I wanted that element, the family melodrama of succession — power. And “Festen” is one of the originals Dogme movies. And it feels very real; it has documentary-derived kind of camerawork. Handheld, no score — all the Dogme rules. And it’s also a family.

The thing that appealed to me about “Festen” was stylistic and also thematic. Its family feels super real, because of the way it’s shot. We often try and do a concentrated time period. And you feel that you’re there with these characters. You’ve got that added level of interest — that it’s like observing an event, rather than having it presented to you in a traditional TV way, so that hopefully, as an audience, you know you have to be watching the whole time. Because stuff’s going to be happening, and the camera is not necessarily going to be directing you precisely to what to you should be paying attention to. You can do your own investigation into whatever you’re interested in that’s presented on the screen.

There’s an election happening in Season 3. But do you feel like “Succession” plays differently in the post-Trump era?

I’m talking to you from the edit now; I’ve watched these episodes a million times. And yet, now I know from watching the first episode with an audience last night, there’s an alchemy that happens when the rubber hits the road, when the episode is transmitted that means you get a different sense of how it’s connecting with the world.

I guess Trump is gone, but the shape that he gave to the American political and social environment — that still resonates. There’s a certain amount of post-traumatic stress in America about the possibilities of what could have happened, and what people still feel did happen. So I think this show has been formed by the Trump era. And I think now even though we’re past the Trump presidency, we’re not really past that era until normal, democratic politics where people accept the outcomes of elections resumes.

Brian Cox has said that in order to take the role of Logan, he needed to know from you whether Logan loves his kids, and that your answer was yes. Is that distinction as important to the writers’ room as it is to him, especially in Season 3 when Logan is waging war on his “No. 1 boy”?

I think it’s really important for us in the room to know those emotional touchstones. What we strive to do is have characters who are as complex as your own mom and dad, as your friends and neighbors. And the fact that he loves his kids, I have no hesitation in saying that. It doesn’t mean that he can’t behave in unusual ways that might seem cruel or perverse from the outside.

In the profile of you in the New Statesman, you said: “‘There’s going to be a very definite moment when that story is over…and it can’t go on too long. I think there’ll be an end for me in this incarnation of the show in…’” and then you paused, it says: ‘In a bit.’” What does “in a bit” mean?

When will the show end sort of thing?

I don’t want to say. I don’t have a good definitive answer to that. All I know is there’s a promise in the “Succession” title, and it can’t go on forever.

Do you know in your mind what happens in the series finale, whenever that is?

It’s important for me, I think, as a showrunner to have a pitch for my fellow collaborators, especially the writers. But it’s not immutable. That’s up for discussion. But I do have a pitch for how I think it goes.

Should we read into the phrasing “this incarnation of the show”? Are there other “Succession” stories that you might want to tell?

Well, the opening credits tease Logan in his prime, and the kids as teenagers — which seems incredible to me. Just putting that out there!