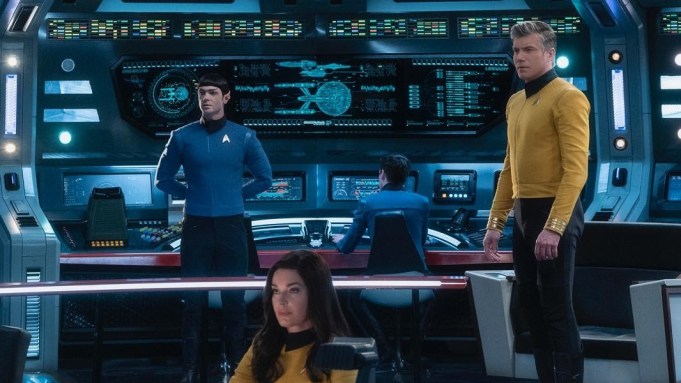 “Strange New Worlds” is based on the years Captain Christopher Pike (Mount) manned the helm of the U.S.S. Enterprise before Captain Kirk. Mount, Romijn, and Peck all made their first appearance in the “Star Trek” universe during Season 2 of “Star Trek: Discovery.” Romijn stars as first officer Number One, while Peck plays Science Officer Spock.

“In a career, there is never enough work that is pure joy,” Goldsman said. “I feel that my friend Alex Kurtzman along with David Stapf at CBS Studios and Julie McNamara at Paramount+ have given me just that by letting me haunt the stock rooms of my favorite candy store and I am grateful. With a hell of a cast and undying love for the original series, we boldly go.”

“I’m incredibly grateful to be working alongside Akiva and our brilliant, multi-faceted cast to help bring the adventures of the Starship Enterprise to new life,” said Myers. “For someone who’s been dreaming of spaceships and alien worlds since I was little, this show is a dream come true.”