In Netflix’s ultra-popular “Squid Game,” hundreds of debt-ridden people sign up to compete in order to win a life-changing cash prize. The Korean thriller is already primed to be the steamer’s most-watched original series since coming out on Sept. 17, even motivating one Korean service provider to press claims for network usage fees. But the show’s global success also means it’s likely to be one of the most popular Halloween costumes this year.

Costume manufacturers have been fast to jump on the show’s popularity, with dozens of options already available online for realistic “Squid Game”-inspired looks. Below is everything you need to transport yourself to the show’s Korean dystopia this October.

After signing up for the competition, players find themselves woken up in a remote warehouse, all donning matching green-and-white tracksuits. Each player is assigned a number, as denoted on their jackets. This set is already a best-seller on Amazon, featuring the number 067 for fan-favorite character Kang Sae-byeok. Alternatives donning the numbers of Players 001 (Oh Il-nam), 218 (Cho Sang-woo), 240 (Ji-yeong), and 456 (Seong Gi-hun) are also available. 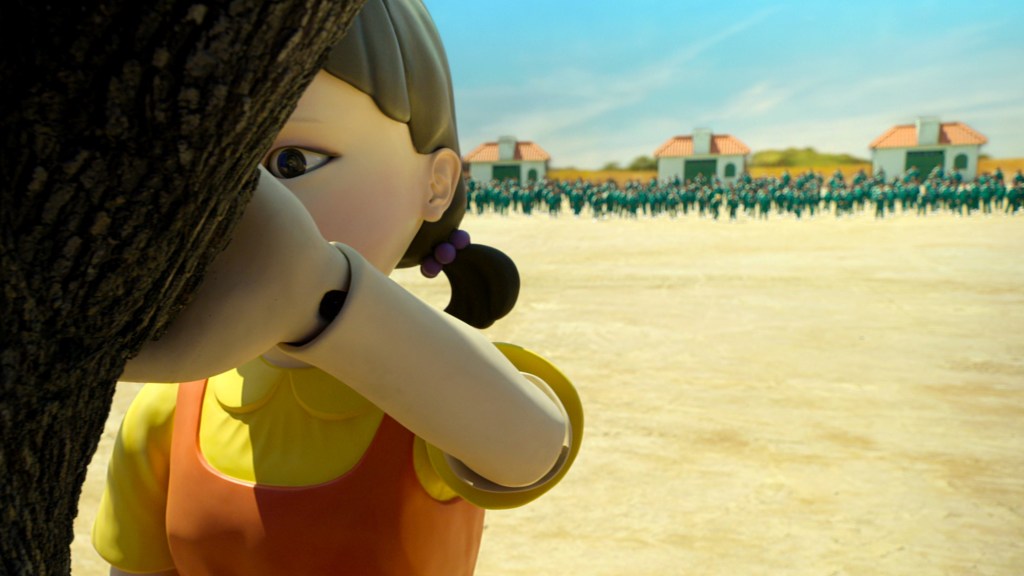 Check out our full list of pop culture Halloween costumes for 2021 here.