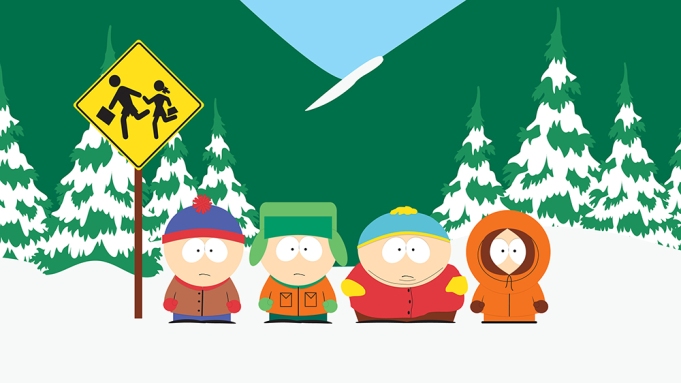 “South Park” creators Trey Parker and Matt Stone have set an expansive new deal with ViacomCBS’ MTV Entertainment Studios that calls for the pair to produce 14 movies for Paramount Plus based on the enduring Comedy Central animated franchise.

The pact also renews “South Park” as a series for Comedy Central through its 30th season in 2027. Bloomberg News reported that the deal was valued at $900 million over the six-year term.

That’s an eye-popping number that includes the license fees for 14 movies and three additional 10-episode seasons of the “South Park” series, produced through the pair’s Park County banner. It’s understood that the deal calls for ViacomCBS to advance Parker and Stone $150 million a year to cover their fees for the upcoming productions as well as their ongoing profit participation stakes from the franchise.

That deal puts a $1 billion-plus valuation on Park County, which also encompasses Parker and Stone’s Broadway smash “The Book of Mormon.” Park County is surely going to be a target for IP-hungry investors especially with the promise of a contractually obligated $150 million in cash flowing in to its coffers every year. The rich pact for Park County comes on the heels of the sale of Reese Witherspoon’s Hello Sunshine to the private equity-backed content venture that Disney alums Kevin Mayer and Tom Staggs are assembling. That deal, however, involved more stock and less cold cash than Parker and Stone are set to receive.

“Matt and Trey are world-class creatives who brilliantly use their outrageous humor to skewer the absurdities of our culture and we are excited to expand and deepen our long relationship with them to help fuel Paramount+ and Comedy Central,” said Chris McCarthy, president-CEO of MTV Entertainment and chief content officer of adult animation for Paramount Plus. “Franchising marquee content like South Park and developing new IP with tremendous talent like Matt and Trey, is at the heart of our strategy to continue growing Paramount Plus.”

The new deal with Parker and Stone reflects the hunt by media majors for broad-based content deals with notable producers with high-wattage properties. “South Park” has been a pillar of Comedy Central since 1997. In 2019 ViacomCBS licensed older seasons of the show to HBO Max in a deal valued at $500 million. That deal raised eyebrows at the time given that ViacomCBS has its own streaming ambitions.

“Comedy Central has been our home for 25 years and we’re really happy that they’ve made a commitment to us for the next 75 years,” said Parker and Stone. “When we came to ViacomCBS with a different way to produce the show during the pandemic, Chris (McCarthy), Nina (Diaz), Keyes (Hill-Edgar) and Tanya (Giles) were immediately supportive and enabled us to try something new that turned out to be really well received. We can’t wait to get back to doing traditional South Park episodes but now we can also try out new formats. It’s great to have partners who will always take a chance with us.”