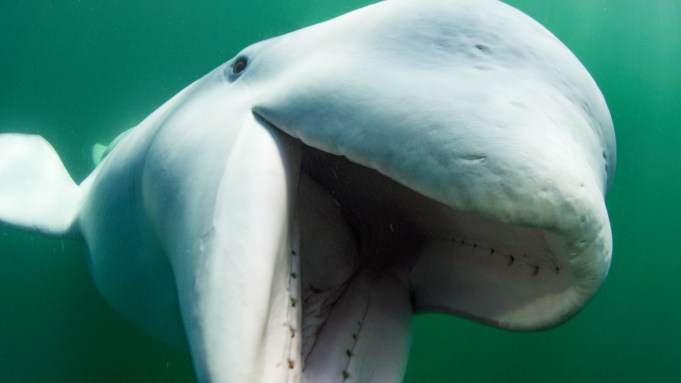 “The whales didn’t get the script, so you’re never quite sure what you’re going to get,” said Brian Armstrong, director of underwater odyssey “Secrets of the Whales,” out now on Disney Plus.

Armstrong joined editor Meredith Woerner for Variety‘s Doc Dreams, presented by National Geographic, to discuss the making of the continent-hopping, documentary and the challenges of shooting on the water.

“The weather has to be right, you need sunlight to penetrate the waves… you need the whales to show up and you need them to do something,” Armstrong explained in great detail in the interview. “The complexity is exponentially harder than something on land.”

“Secrets of the Whales” was shot in 24 different countries and took just over three years to create from conception to delivery. Despite rigorous planning, Armstrong emphasized that the crew didn’t truly know what they would be making until they started filming.

“You go in with a wish list, and then it gets thrown out almost on day one,” Armstrong said.

Discussing the difficulty of shooting certain scenes, Armstrong explained the shot he is most proud of is the humpbacks breaching off the coast of Western Australia.

“We wanted a shot where there was just ocean and then the whale comes up,” Armstrong said. “Beyond the technical side of things, we had to get into the mind of the whale and look at their behavior and work out when and where they were going to do this breaching.”

Armstrong also spoke on his collaboration with local scientists, who had notified the film crew about a lost narwhal adopted by a beluga pod, making for one of the most touching scenes in the documentary.

“The beluga choosing to adopt this other species is really something quite extraordinary,” Armstrong said. “We can learn a lot by watching these whales. How do you describe that other than compassion?”

Watch the narwhal’s harrowing journey in this exclusive clip from “Secrets of the Whales” below.