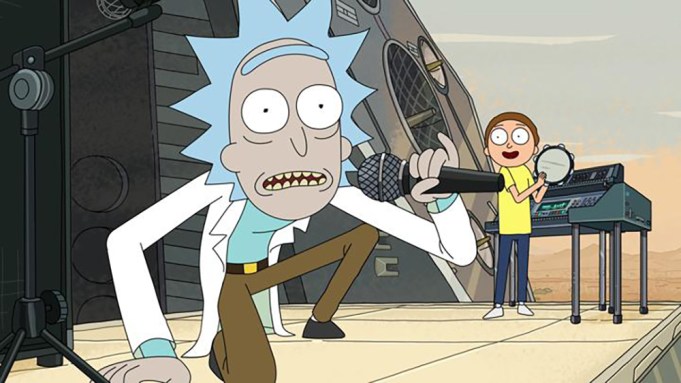 “Rick and Morty” Season 5 will debut this summer on Adult Swim.

The network announced Tuesday that the hit animated series will return with new episodes on June 20 at 11:00 p.m. ET/PT. In addition, the network is declaring the date Rick and Morty Day. The announcement was accompanied by a new trailer.

Rick and Morty Day will feature sneak peeks, behind the scenes footage and special surprises across TV, digital and social, kicking off the global premiere of the new season. The current episodes of the show are also available to stream on HBO Max.

In 2018, Adult Swim gave the show a massive 70-episode renewal, which will bring it to over 100 episodes total. The renewal was part of a long-term deal Harmon and Roiland signed with Adult Swim.

“Rick and Morty” has proven not only to be a popular favorite among viewers, scoring massive ratings for Adult Swim, but a critical success as well. The show has been nominated for three Emmys to date, winning the award for best animated series in both 2018 and 2020.