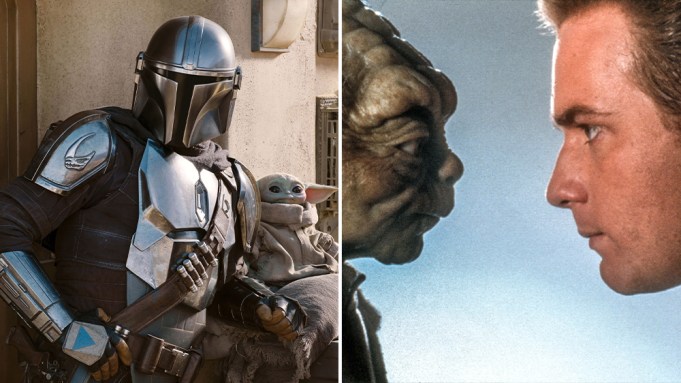 When Pedro Pascal and Ewan McGregor sat down for Variety’s Actors on Actors series, they had a lot to discuss. But one unique thing the two of them share is they have both acted with Yoda — or at least, members of Yoda’s species. McGregor was scene partners with the original Yoda when he played Obi-Wan Kenobi in George Lucas’ “Star Wars” prequels, and Pascal shared the screen for two seasons with Grogu (AKA Baby Yoda) on “The Mandalorian.”

McGregor asked Pascal how he’d kept the secret of Baby Yoda leading up to the premiere of “The Mandalorian” on Disney Plus in 2019. “That may literally be the very first secret that I’ve ever kept. Don’t share anything personal with me!” Pascal said with a laugh.

Pascal went on to say that though he normally tells his family “everything,” he understood why spoiling the plot of “The Mandalorian” — his character’s quest to protect and save Baby Yoda — needed to stay under wraps. “It was easy to not talk about it because it was like, ‘Nah, I want this to work.’”

McGregor said that he’d worked with an actual Yoda puppet on “The Phantom Menace,” and loved it. “I couldn’t believe I was acting with Yoda,” he said. “There’s so many people operating him, and the stage is lifted up so they’re underneath the floor and we were literally walking next to each other — and he’s alive. Then every time George called cut, Yoda would die, because everyone just stops. It was sort of disturbing every time the end of the scene would come along.”

But for the second two prequels, “Attack of the Clones” and “Revenge of the Sith,” Yoda was computer generated: “It didn’t feel like Yoda to me anymore.” (McGregor has come back to the world of “Star Wars” for the forthcoming “Obi-Wan Kenobi” TV series for Disney Plus.)

Pascal said the Grogu puppet is very reactive because of its handlers: “These guys are so talented, and they get the puppet to sort of act with you in the scene.”

“They didn’t keep it, but there was a moment where the puppet was warming itself near the fire, or curious about some kind of fire coming out of a jet,” he continued. “And I said, ‘Don’t get too close.’ And then whoever’s doing the remote literally had the puppet look at me and back off and be like, ‘Oh, OK.’ And it was kind of unbelievable. It was a really good scene partner.”

That active give-and-take was especially crucial, Pascal said, for the Season 2 finale’s “tearful goodbye” between the Mandalorian and Grogu, when the bounty hunter entrusted his wee charge to Luke Skywalker (a de-aged Mark Hamill).

“To not have had the puppet for that, and also the knowledge of its reception from the world and how everyone felt about its creation, its relationship to the history of “Star Wars” — it was one of the more strange acting experiences that I’ve ever had.”

For more from their chat, click here, and watch the full video below.