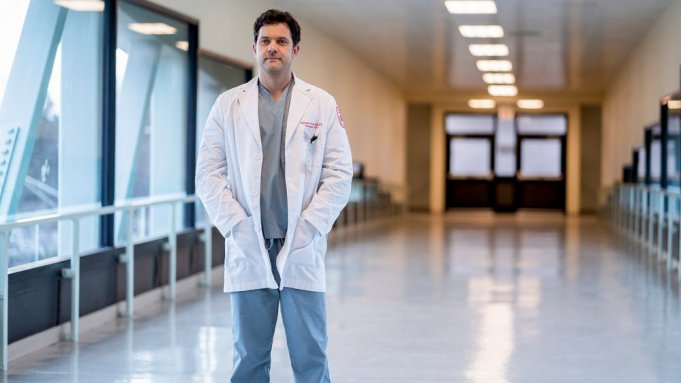 NBCUniversal’s Peacock streamer will begin its international rollout this year as a free addition on Sky’s satellite TV platform in Europe, giving it a base of 20 million households.

Peacock has reached 54 million total signups since its debut in April 2020. It generated more than 20 million monthly active users for the quarter. The streamer’s most popular original series has been the drama “Dr. Death,” Comcast chairman-CEO Brian Roberts told Wall Street analysts Thursday on the company’s earnings call.

And at a time media merger activity is heating up, executives from Comcast sought to throw cold water on the notion that the Philadelphia entertainment giant might be looking to do a transformative new deal.

“We have all the parts,” Roberts said, to emphasize that Comcast doesn’t need to go shopping for assets to maintain its heft.

Executives suggested that Comcast has enough scale in the marketplace to operate going forward, even as rivals start to bulk up. AT&T is set to spin off WarnerMedia next year so that it can merge with Discovery and Amazon has made plans to acquire the MGM studio.  Those moves have spurred speculation that Comcast, which has over the years grown by buying up cable assets formerly part of AT&T as well as NBCUnversal and Dreamworks Animation, might seek to join with a rival, such as the new Discovery/WarnerMedia combination or even ViacomCBS, even though some of those deals would trigger intense regulatory scrutiny, as a single company is barred by FCC rules from owning two national broadcast TV networks.

During the call, Roberts and NBCUniversal CEO Jeff Shell told investors that the company saw no pressing need to grow larger. “This company is well positioned, and I really feel that way,” said Roberts. Both suggested that  Comcast and NBCU would be most interested in buying assets that help the company grow overseas.

The theme park businesses that were so hobbled by the coronavirus outbreak this time last year were a bright spot this time around. Shell enthused about the strong performance of the Universal Studios Orlando theme park for the quarter. He also noted that Universal’s theme park in Beijing is deep into the approvals process and is on track to open “in the next couple of months.”

As for Peacock, executives noted that the day-and-date debut of theatrical “Boss Baby 2” on Peacock and the Tokyo Olympics have also driven viewership and signups. Shell stressed that Comcast has the financial wherewithal to support Peacock.

“I don’t think we’ve ever lacked the capital to do what we need to do to grow our business,” Shell said. He pointed to the company’s recent $400 million deal for rights to “The Exorcist” novel, which NBCU intends to make into three feature films, two of which will premiere on Peacock. Shell said that deal was only possible because they have the Peacock platform to justify the investment, which he pointed to as another sign that Comcast has the juice to go it alone.

“We can achieve our success at Peaock without anything additional and I think this quarter proved it,” Shell said.