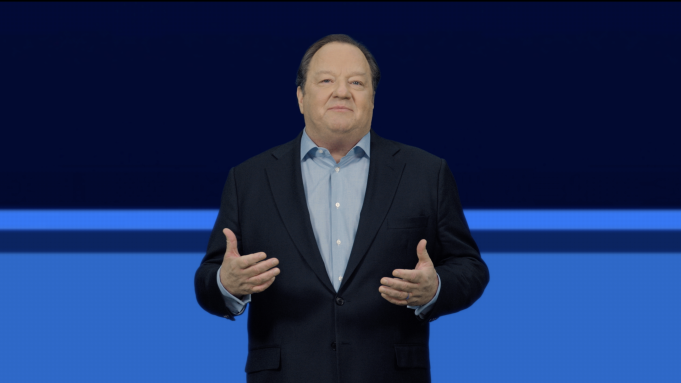 Wall Street analyst Laura Martin of Needham Co. went so far as to say “Sell Netflix to buy ViacomCBS” after Wednesday’s marathon presentation of ViacomCBS’ plan for growth in the streaming arena with the March 4 launch of Paramount Plus.

But Todd Juenger of Sanford Bernstein Co. is having none of it, setting his target price on ViacomCBS shares at $23 for a stock that closed Wednesday at $65.63. The longtime ViacomCBS bear was not impressed with the company’s efforts to distinguish Paramount Plus (a rebrand of CBS All Access) from the competition in the U.S. by emphasizing that it will deliver live news, sports, the live CBS network linear feed and “a mountain” of on-demand entertainment.

“Sports offering is too narrow to satisfy sports fans. News belongs on the Internet. (International version of Paramount Plus) has neither sports or news. General entertainment is non-differentiated, late, and lacks the global scale of competitive offerings,” Juenger wrote.

He cited ViacomCBS’ long-term debt load and the promise of further erosion in its legacy TV operations as obstacles for establishing a big footprint in the next iteration of TV via direct-to-consumer streaming. ViacomCBS’ long-term debt stands at $19.7 billion, which is on the high side for a company that reported adjusted operating income of $5.1 billion and free cash flow of $1.9 billion for full-year 2020.

Other analysts had more mixed reactions to the nearly three-and-a-half-hour presentation, led by ViacomCBS president-CEO Bob Bakish, in which ViacomCBS’ top brass detailed plans to serve up a tidal wave of new content, much of it rooted in existing IP, in an effort to grow the company’s global direct-to-consumer subscriber base to 65 million to 75 million by 2024.

“We believe Paramount Plus remains a real contender in the streaming wars but it is still to be determined if it becomes a winner,” wrote JPMorgan analyst Alexia Quadrani. “Near-term, we wouldn’t be surprised to see the stock continue to be rewarded for its aggressive spending plans into a defined streaming strategy, although our enthusiasm is somewhat tempered by an already meaningful move ahead of this investor event.”

As Quadrani noted, ViacomCBS shares have been on a big run this year, in part because investors were awaiting the Feb. 24 presentation, which was held after market close.

On Thursday, ViacomCBS shares opened higher by nearly $2. But the stock couldn’t buck the significant broader market downturn that saw the Dow close down 560 points while the NASDAQ, where ViacomCBS is listed, sank 478.5 points for the day. ViacomCBS shares were down 4.7% at the close of trading Thursday to $62.50. That was a little steeper than the 2%-3% declines registered for the day by most of its media peers. ViacomCBS shares are up 68% for the year to date.

In her research note issued Thursday, Martin explained that she sees more upside in ViacomCBS shares than Netflix in the near-term, because ViacomCBS has more room to grow. The stock took a big hit as Viacom and CBS Corp. were brought together in a merger in December 2019. Martin asserted that the company is undervalued even at a $39 billion market cap (as of Thursday). She argued that the company’s streaming businesses — primarily CBS All Access and Pluto TV — are already worth more than the company’s market cap.

“We recommend purchase of (ViacomCBS) because we believe that the value of its streaming assets are material and growing, and will become an increasing focus now that ViacomCBS will break out its streaming revenue separately,” she wrote.

Michael Morris of Guggenheim Partners also gave a vote of confidence, raising his target share price to $74, from $50. He echoed the widespread sentiment among media biz watchers that more consolidation is coming for the legacy media companies that have heft, but are not as mammoth as Disney, Comcast, AT&T or Netflix.

“We view ViacomCBS, Discovery and Fox as generally similar, high-quality companies tackling the same challenge of navigating the consumer shift away from linear bundles toward streaming platforms,” Morris wrote. “We expect that investors will largely look at long-term risks and value creation opportunities similarly across the three businesses.”

The Paramount Plus content slate, which includes a new reality TV series set to premiere each month in 2021, was “very impressive,” BMO Capital Markets analyst Dan Salmon wrote. But the media conglomerate’s focus on news and sports content “does not align with a value-pricing strategy over the long term,” he opined.

“We are positive on reality, kids, and the expanding Star Trek universe as differentiators, less so news and sports,” Salmon wrote.

In addition, the scope of ViacomCBS’ global streaming ambitions remain “unclear at this stage,” Salmon wrote, noting that the company provided only limited details on its strategy for local-language productions.

MoffettNathanson analyst Robert Fishman is also still in show-me mode. The presentation’s focus on beefing up Paramount Plus with high-wattage new and library content raised questions about why Showtime will remain a standalone premium content service rather than folding in under the new streamer.

“While we believe ViacomCBS has enough unique content (scripted + sports) to keep growing Paramount Plus in the U.S. and benefit from the secular shift in advertising moving to AVOD with Pluto, we are still cautious on the impact of Showtime OTT growth on linear Showtime as well as the expected continued core linear network declines for its remaining portfolio.”

Todd Spangler contributed to this report