Oscar Secrets: Behind the Decisions to Change the Show Order, Air Fewer Clips and Bring in ‘Da Butt’ 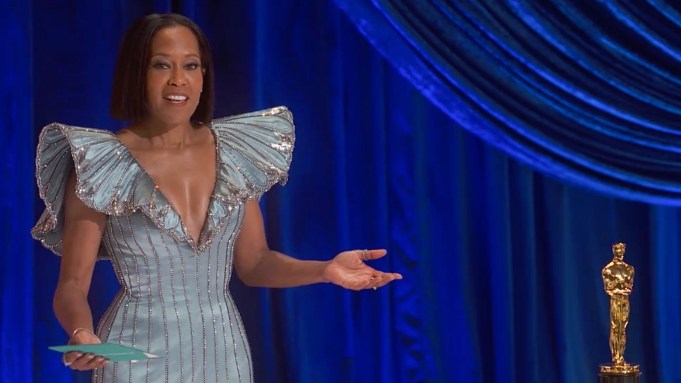 Oscars producers Steven Soderbergh, Stacey Sher and Jesse Collins had promised a unique telecast this year, and by the end of Sunday night’s show, it was definitely unlike any other Academy Awards in recent memory.

After that, reactions grew mixed as the evening went on and social media buzzed with questions about the show: Where were the clips? Are these acceptance speeches longer than usual? How does Glenn Close know “Da Butt?” And, confusing audience members the most, why didn’t the Oscars close with the best picture winner like it normally does?

Variety caught up with ABC’s Rob Mills, executive VP of unscripted and alternative entertainment at Walt Disney Television, after the Oscars on Sunday night to give us the lowdown on how this year’s ceremony came together.

“There was a lot of really great risks that some might view didn’t pay off,” Mills said. “But it was just great to do something different and not know what was going to happen next — and not have those glazed eyes of, ‘Oh gosh, I’ve seen this before I know exactly what’s going to happen.’”

The producers didn’t want to start the show with gags, and instead they recruited Regina King for a more earnest opening.

Early on, the producers felt that a traditional, joke-filled monologue wouldn’t be an appropriate way to open the Oscars, given this moment in history. “I think there was a wrestling of how much of a traditional Oscar show this one should look like,” Mills said. “Due to the fact that we’re still in the midst of a pandemic and where we are in the world… It’s a lot to ask anyone to have to do an opening monologue. Especially now in what was the most challenging the Oscars in its history.”

Instead of a host, King’s opening was meant to demonstrate that this would be a different kind of Oscars. “Who doesn’t love Regina King?” Mills said. “And also, it was amazing that she wanted to do it. She had a movie that was nominated [“One Night in Miami”], but she herself wasn’t nominated for directing and I think some people viewed that as a snub. And the fact that she still wanted to be here and come celebrate, and do everything, was a great note to kick the show off.”

Mills found it particularly endearing when King lightly tripped while arriving on stage. “You’re always hoping for those moments,” he said. “When it’s so over-rehearsed sometimes it doesn’t feel live. And the fact that literally she said, ‘This is live TV,’ was everything you could ask for.”

The decision not to do any pre-taped comedy bits also came very early in the production process.

“There wasn’t a host, and I think nobody quite knew in this year if it would be tone deaf,” Mills said. “You still want to be celebratory, especially in a year where people were able to do such amazing work. But you also want to be mindful of where we still are in the world. So I think that’s why the show that happened was pretty much the show that they’ve been planning for many months.”

Framing the “Oscars as a film” had a lot to do with its look.

Soderbergh, Sher and Collins had been pitching this year’s Oscars as a movie, even referring to the night’s presenters as “cast members.” And the opening, featuring King swiping an Oscar and strutting to the stage, was produced much like a theatrical credit sequence. But ultimately, the telecast’s film bona fides came from how it was shot: 24 frames per second and 2.35:1 aspect ratio.

“I think Steven viewed this as if this was the next movie he was making,” Mills said. “If there’s one person that would look at it like that it’s Steven Soderbergh. If you look at his filmography, whether it’s a feature or something for TV, he goes about it the same way. He didn’t view this as an award show, he viewed this as the next project he was producing. Glenn Weiss directed, but this was sort of the next Steven Soderbergh project. It’s always interesting when you have somebody who doesn’t have an award show background and they sort of took all the tools out of the tool box and started over and really made this look filmic in this way.”

During rehearsals, producers wondered if this year’s Oscars might end too early — which is why acceptance speeches were allowed to go long.

“This was a show that didn’t have the nominated songs in it, that was in the pre-show,” Mills said. “And, there weren’t the clips. So you looked at it in rehearsals, and we almost worried what would we do if the show comes in short. So the speeches, you didn’t think it was going to be a problem that they were super long.”

Eventually, as the Oscars started to go long, the producers did remind nominees to keep things short if they win. But, as Mills said, thank goodness the producers didn’t cut supporting actor winner Daniel Kaluuya early — or we might have missed his line thanking his parents for having sex.

“It really was down to the presenters and to the winners and the speeches,” Mills said. “About 45 minutes in, we knew that wasn’t going to be a problem.”

The producers eliminated clips from almost every category — except best picture, international film and animated film — in order to move the telecast faster.

“When you look at the award show length and you look at the previous award shows, that’s one place where time really adds up,” Mills said. “It’s in clips. The producers really wanted to tell exactly what somebody does, what an art director does or what sound design is, as opposed to playing another clip for movies.”

Nominees were asked questions about their careers and relationships to film in order to create those deeply personal intros that presenters read for each person.

“The slogan was ‘Bring Your Movie Love,’ and it’s the one thing that ties everyone together universally is our love of movies,” Mills said. “I think unequivocally most people got into the business because they grew up, they remember what did it, it’s usually a movie or a filmmaker that inspired them.”

Karaoke was originally considered until producers settled on the Oscar music quiz segment late in the show. Yes, Glenn Close knew she’d be grilled about “Da Butt” by Lil Rel Howery. But her dance moves took nearly everyone by surprise.

“Glenn Close, that meme will now replace Ellen taking the selfie for the next 20 years,” Mills said. “You could see the way she was talking about it. She’s very learned, and whatever it is, whether it’s a role or something she’s doing for the Oscars, she does her research. So I think it was very clear. If Glenn Close had not heard ‘Da Butt’ before this, she knew it when Lil Rel asked her about it.”

As for the dance: “It was certainly something nobody expected,” he said. “I mean, that was not in any rehearsal of it or anything. I think that, again, shows that she’s sort of game for anything.”

And he quipped: “I have it on good authority that Glenn and John Malkovich did ‘Da Butt’ all the time on the set of ‘Dangerous Liaisons.’”

Later, Oscar winner Frances McDormand made a joke about the audience participating in some karaoke — and Mills confirmed that such an idea was briefly considered by producers.

“It’s funny that Frances McDormand mentioned karaoke, there was talk of a karaoke bit that couldn’t happen just because of microphones and things like that, you couldn’t do it,” Mills said. “I think that’s what morphed into the Oscar trivia bit, which ended up being for the best, obviously.”

When told that “Purple Rain” was not nominated for best song in 1985, Day proclaimed, “That’s some bullshit.” Viewers didn’t hear that, however, as the ABC censors managed to hit the button.

Questlove at the Oscars

Questlove had free rein in choosing the songs for his Oscars setlist.

Some viewers were amazed at the range of Questlove’s tracks (and wondered if he needed to clear anything), and Mills confirmed he was given free rein over what to play, and that the songs were all cleared — including Prince’s “Purple Rain.”

“That was really him and it was credit to the producers and the show and everyone that you can lighten up and have a little fun,” Mills said. “As loose and off-the-cuff as it felt, I think it also was purposeful. Rita Moreno coming out to her doing the theme to the Electric Company was really fantastic and fun.”

Ending the Oscars with best actor was a gamble that didn’t pay off, but came as part of a larger shuffle of how this year’s categories were ordered.

“It wasn’t just the final categories, the whole show was mixed up,” Mills said. “Screenplay, that usually comes in Act 5 or 6, one of the later acts. And best director was also very early. I think the point was, sometimes you watch the show and you feel like, ‘Gosh, I’ve seen this every year.’ So, it really was the ‘Wow, I really don’t know what’s coming next.'”

“It was not meant to end on somebody who was not present,” Mills said. “It was a calculated risk, that I think still paid off because everybody was talking about it. Similarly, nobody wants the wrong envelope to happen, like it did three years ago, but everyone was talking about it. I think some people thought maybe they missed some awards. ‘Why is best picture early?’ or, ‘What’s happening, this is crazy,’ almost like, ‘How can this possibly happen? Best picture has to end it!’ Some people were upset, some people loved it and that was really the point that there was no apathy.”

At the very least, Mills noted that it served as a reminder that the producers really don’t know the winners beforehand.

“Although imagine that they did, and they still did that,” he said. “That would have been very bold.”

Yes, that In Memoriam montage moved much faster than usual.

“The in memoriam is always a tough nut to crack,” Mills said. “This year we chose to focus on honoring those who we have lost rather than a performance. Once a song was chosen, they timed the pace to the tempo.”

Broadcasting from the Dolby Theatre, Bryan Cranston said the Oscars would return to its usual home base next year. But Mills said that’s not confirmed yet.

“It does not need to be at the Dolby,” he said. “I think it was more of a big hope for things are going to be even better next year than they were last. But we’ll see. Certainly when we finished last year’s show on February 9, if you had told me it would be at Union Station, and this would be what the show looks like, I would have thought it was crazy. So you can never predict.”