Continue to Variety SKIP AD
You will be redirected back to your article in seconds
Jan 29, 2021 12:00pm PT

‘On My Block’ Renewed for Fourth and Final Season at Netflix 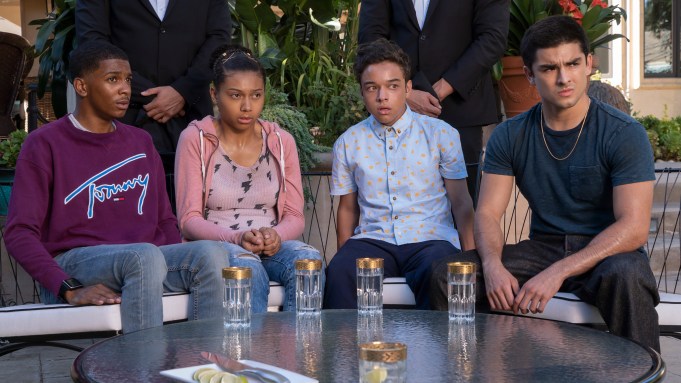 Netflix has renewed “On My Block” for a fourth and final season.

For fans of the teen series holding their breath since the third season finale jumped forward a bit into the future, seeing the fracturing of the friend group at the core of the series, answers will be coming soon — but not too soon, as the streamer has not yet set a season premiere date for the new 10-episode season.

“On My Block” follows four bright and street-savvy friends navigating their way through the triumph, pain and the newness of high school set in the rough inner city of Freeridge. It mixes the usual adolescent concerns of family obligations, friendships and romantic relationships with tough topics including gang culture, death and PTSD. It also includes some larger-than-life elements from kidnappings to a hunt for mysterious treasure. The third season streamed on Netflix in March 2020.

“On My Block” now joins a long list of fan-favorite series that have been given final season orders from Netflix. Others include Chuck Lorre’s buddy comedy “The Kominsky Method,” Liz Feldman’s dark comedy “Dead To Me,” Chris Mundy’s money-laundering family drama “Ozark,” and Robia Rashid’s “Atypical,” which centers on a teenage boy with autism. The 1980s-set wrestling comedy “GLOW” was once on this list, but Netflix reversed the final season order amid COVID-19.