Norm Macdonald Honored by Lorne Michaels, John Oliver at Emmys: ‘One of the Best We Ever Had’ 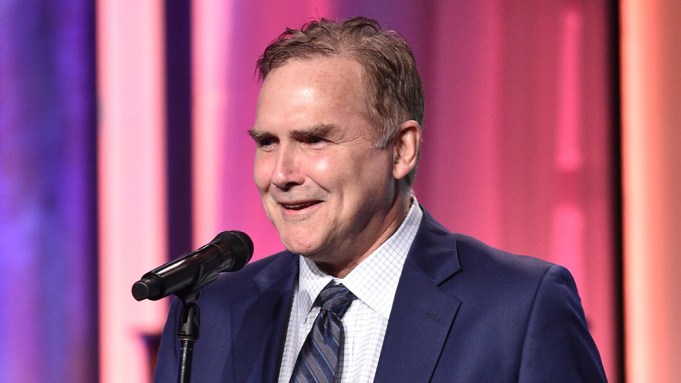 “I do want to say, this is an award for late night comedy, no one was funnier in the last 20 years than Norm Macdonald on late night comedy. So if you have any time in the next week, do what I did and just spend time YouTubing clips of Norm and Conan because it doesn’t get better than that,” Oliver said while accepting the Emmy for variety talk series.

Michaels, creator and exective producer of “SNL,” also paid tribute to the late Weekend Update anchor while accepting the Emmy for variety sketch series. Macdonald was a member of the “SNL” troupe from 1993 to 1998.

“Weekend Update has been part of ‘SNL’ for 46 seasons. And here I’d like to pay tribute to one of the best we ever had, Norm Macdonald,” he said.

“He meant the world to people there,” he said. “Norm was one of the funniest people I’ve ever known and because he’s Canadian I put him up there in the top five.”

Michaels noted Macdonald’s unique delivery and his timing that defied most comedy norms.

Jimmy Fallon and Seth Meyers, both former “Saturday Night Live” stars and “Weekend Update” veterans, honored Macdonald on their late-night talk shows after his death, as did James Corden and Stephen Colbert.