Disney CEO: Next NFL TV Rights Deal Has to ‘Make Sense’ for Shareholders 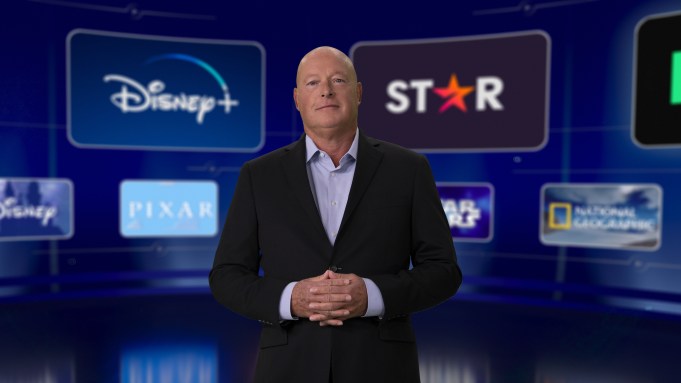 Disney CEO Bob Chapek sounded a cautionary note about Disney’s willingness to pay huge fees for a new NFL TV rights pact as negotiations heat up between the league and its incumbent network partners, which include ESPN.

Chapek was pressed Thursday by Wall Street analysts during the company’s fiscal first quarter earnings call about Disney’s long-term thinking about the rising costs and the limitations on the return of high-priced sports such as the NFL. Chapek indicated that Disney will bring some price sensitivity to the discussions, which indicates that Disney may not be willing to fork over any sum just to keep football on its air. Chapek also hinted that Disney may be taking steps to take its core ESPN cable channel into the live streaming arena.

The NFL is believed to be seeking whopping eight- to 10-year TV contracts that could reach as much as $100 billion in total value from the various TV partners. At present the league’s incumbents also include CBS, NBC, Fox and DirecTV with its “Sunday Ticket” package. There’s been much speculation that Disney would bring gridiron action back to ABC as part of the upcoming round of dealmaking. The lack of any major sports on ABC (beyond the NBA rights it shares with ESPN) has been a handicap for the network in securing high retransmission consent fees from traditional and digital MVPDs.

“We’ve had a long relationship with the NFL. If there’s a deal that will be accretive to shareholder value will certainly entertain that and look at that,” Chapek said during Disney’s quarterly earnings call. “Our first (priority) will be to look and say ‘Does it make sense for shareholder value going forward?’ “

There’s already been speculation that Fox will not renew its “Thursday Night Football” deal that the network has had for the past two years. The last push on the NFL rights negotiations is coming on the heels of an underwhelming Super Bowl performance that fell to a 14-year low and well below the 100 million viewer mark that is typical of the NFL’s championship bout.

Chapek said Disney’s approach to the NFL transaction was influenced by “the long-term trends in sports viewership.” He also made an intriguing reference to “our own prospects of a potentially more true ESPN DTC service.”

That seemed to be a hint that Disney is weighing the possibility of offering a live streaming version of ESPN, something that would undoubtedly anger Disney’s traditional MVPD partners. ESPN is one of the most expensive wholesale channels for distributors, commanding about $9 a month per subscriber in part because of its must-see exclusive sports rights.

Chapek was also pressed on Disney and ESPN’s increasing involvement in the growing sector of sports betting. The promise of the wagering arena has been an area of focus for Wall Street in recent months and TV giants with sports franchises are naturally well positioned to grow in this arena. However, Disney and ESPN also have to be cautious from a brand perspective.

“We do realize the value in that,” Chapek said. “We’ve obviously got some bumpers in terms of our own brand and our own elasticity in terms of participating in such endeavors. We’re highly interested in taking the relationships we have with (sports betting firms) to the next level if that makes sense.”