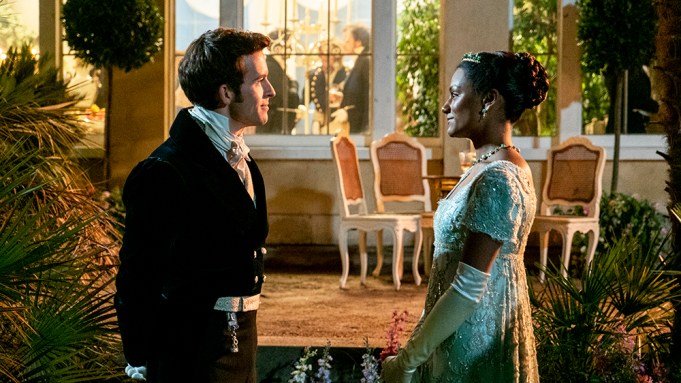 Netflix is making a major shift in how the company reports viewership data for its content, shifting to a metric that is more closely aligned with traditional TV metrics.

As part of its third-quarter earnings release on Tuesday, the streaming giant disclosed it will soon begin reporting viewership stats measured as the total number of hours viewed of a program during its first 28 days on the platform. For years, Netflix has only reported the number of households who watched at least a small portion of a program.

In Netflix’s new measure, its global hit “Bridgerton” generated 625 million hours of viewing across the platform in its first month on Netflix, a run that began Dec. 25, 2020. That compares to 82 million member households sampling some portion of the show, as Netflix revealed in January. In Tuesday’s shareholders letter, Netflix notes that the “Squid Game” phenomenon has been sampled by some 142 million member households. Netflix ended the third quarter with 213 million global subscribers.

Netflix co-CEOs Reed Hastings and Ted Sarandos also surprised the industry by noting that it will report viewership statistics more frequently than it has in the past. But a source cautioned that despite the movement, there’s no chance of Netflix releasing anything like overnight ratings any time soon. Netflix noted that the shift to hours viewed would also make it easier in some cases to compare viewership of programs on rival streaming platforms.

“We think engagement as measured by hours viewed is a slightly better indicator of the overall success of our titles and member satisfaction,” the CEOs wrote in the quarterly letter to shareholders. “It also matches how outside services measure TV viewing and gives proper credit to rewatching. In addition, we will start to release title metrics more regularly outside of our earnings report so our members and the industry can better measure success in the streaming world.”

The shareholder letter cited Nielsen’s estimate that Netflix accounts for about 6% of total TV watching time in the U.S. in September, compared to 6% for YouTube, 3% for Hulu, 1% for Disney Plus and 9% for a group dubbed “other streaming.” The letter noted as an aside that Netflix engagement spiked 14% on Oct. 4, the day Facebook experienced a massive outage for hours.

“We are still quite small, with a lot of opportunity for growth; in our largest and most penetrated market, according to Nielsen, we are still less than 10% of US television screen time. Our approach as always is to improve our service as quickly as we can so that we can earn a greater share of people’s time,” Netflix wrote.

Netflix’s approach to reporting viewership data has been vexing for the traditional TV industry since the streamer began its foray into original content with drama “House of Cards” in 2013. The previous statistic for the number of members who watched counted any subscriber who watched at least two minutes of an episode or program. That is a big leap from the way traditional TV ratings are calculated on the basis of viewership in the average minute of a program.

But Netflix has forged its own path on ratings even as it has become a point of frustration for talent that it’s hard to know what the total audience for a show is compared to the readily available Nielsen numbers for broadcast and cable content.

Nielsen has started to report ratings for Netflix and other streamers. Netflix executives have consistently said that Nielsen’s estimates are off base because they don’t have full access to the proprietary platform. Netflix does not carry advertising — and its leaders have vociferously pledged to keep it that way — which means that it does not need Nielsen ratings to serve as the currency for ad sales.

According to hours-viewed numbers that Netflix’s revealed Tuesday, Season 4 of Spanish-language thriller “Money Heist” is the second-most popular Netflix series with 619 million hours viewed. The third season of “Stranger Things” racked up 582 million hours viewed. “The Witcher” Season 1 (541 million) and “13 Reasons Why” Season 2 (496 million) rounded out the top five among series.