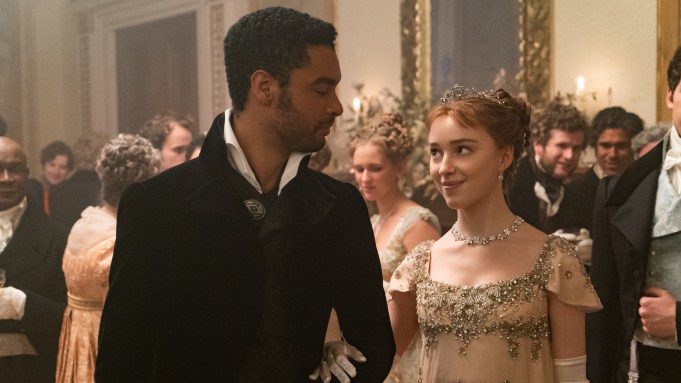 Even amid a global pandemic, with streaming competitors emerging from all corners, Netflix managed to draw in 37 million net paid subscriber additions in 2020, and touted in its fourth-quarter earnings report Tuesday that its programming tops Google’s annual TV trends list.

The streamer also teased news for “Bridgerton” fans, noting that the Shondaland series “has proven immensely popular and we’ll have some exciting news about ‘Bridgerton’ later this week,” hinting at a Season 2 renewal. Netflix has previously said that over 63 million households were projected to watch the show, launched on Christmas Day, in its first 28 days online. (It counts a view as someone who has watched at least two minutes of a program.)

Globally, Netflix occupied nine out of the top 10 spots on Google Trends’ list of most-searched for television shows. Led by “Tiger King” and rounded out with “Locke & Key,” “Big Brother Brasil” was the only program on the list that was not a Netflix show. (“Cobra Kai” was originally a YouTube Red original, but as of Season 3 is a Netflix original.) As Netflix has previously noted, 62 million households watched “The Queen’s Gambit” in its first four weeks, making it the platform’s most-watched limited series ever.

In the U.S., Netflix shows still made up a sizeable portion of the list, with seven entries and “Tiger King” still clocking in at No. 1. “Ratched” also made the American list.

In its earnings report, Netflix noted that in 2020 it surpassed 200 million subscribers, with a gain of 36.6 million streaming customers for a total of 203.7 million paying households worldwide.

The company claims that of its English-language scripted series, Season 4 of “The Crown” was the “biggest season so far” and that over 100 million households have watched the series since its launch. George Clooney starrer “The Midnight Sky” brought in 72 million member households, animated film “Over the Moon” drew 43 million sets of eyeballs, and Robert Rodriguez’s “We Can Be Heroes” attracted a projected 53 million households.

Netflix’s holiday fare, “Holidate” and “The Christmas Chronicles” drew in 68 million and 61 million households in the first four weeks on the service, respectively.

Among its local-language series, the French-language series “Lupin” is projected to attract 70 million Netflix households in its first 28 days on the service.

Shares of Netflix are spiking nearly 13% in after-hours trading to $565.50 per share after edging up 0.8% Tuesday during regular trading hours. If the stock continues on this trajectory, it may near its high of $575.37 from last July.