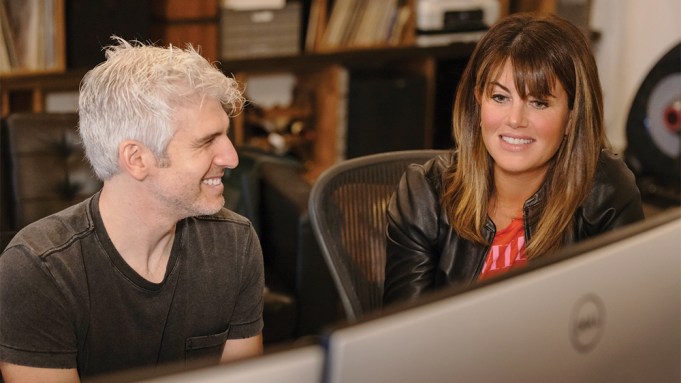 “Ummm.” Monica Lewinsky takes a long pause. “I know this is going to sound weird. It’s a totally legitimate question. I don’t know how to answer that.” She thinks about it before finally saying: “In some ways, I just feel too close to it.”

Lewinsky is speaking about her experience with Bill Clinton, and responding to whether he would have been “canceled” had his White House affair with an intern occurred in current times.

Nearly 25 years later, even in the post-#MeToo era, Lewinsky is not sure how differently things would have turned out today.

“This situation, I’m not sure that were it a young, charismatic, Democratic president, and one who is perceived as being quote-unquote good to women …” she starts to ponder. “I think it would be different. But I’m not sure every­­­thing would be quite as different as people think.”

Clinton’s 1998 impeachment for lying under oath to a federal jury and obstructing justice, which is the plot of the current season of FX’s “American Crime Story,” with Lewinsky as a producer, is also the jumping-off point for the author and activist’s next project, HBO Max’s documentary “15 Minutes of Shame,” which debuts on Thursday.

The film explores public shaming and the concept of “cancel culture,” and how it’s gotten worse with the influx of technology, social media and tabloids. Lewinsky’s own experience helps her relate to the subjects who sit down for “15 Minutes of Shame.” She executive produced the project with “Catfish” co-creator Max Joseph.

“In moving forward, we need to think what are the subsets of cancel culture,” Lewinsky says. “I think that there is certainly a place for this. Something that we pull into the doc is the idea of shaming for change. We do see the public shaming tool used by marginalized groups and people who have traditionally and historically not had power and not have a voice.”

With the rise of the 24/7 news cycle, public shaming has become the norm in modern society. When Lewinsky was scrutinized on an international level at the age of 22, social media did not exist, so her narrative rested solely in the hands of the traditional press. In some ways, social media would have helped her, she says, but also would have been even more damaging.

At the time Lewinsky became a household name, another young woman was also being attacked by the press: the pop singer Britney Spears, who was constantly “slut shamed” in the late 90s and early 2000s and mocked for her public troubles, which today, hopefully would have been viewed through the more supportive lens of mental heath awareness.

“We were both fresh meat for this kind of behavior at the time,” Lewinsky says of Spears. “I always feel it’s important to say that I made a mistake, but Britney did not — not to say that I deserved everything that I got because I think it was much more severe, or it was not commensurate with my age and level of power. But Britney did not make those mistakes that I did.”

In the new documentary, Lewinsky says there is an element of the audience questioning their own behavior — like how the public was complicit in consuming the tabloid shaming of Spears and Lewinsky in the 90’s.

“With Britney and with all of these stories, we have to think about how we are contributing to that line of behavior in society, proliferating in a way,” Lewinsky says. “Our clicks matter, the things we read matter, the things we retweet matter. They all make a difference. I really wish only good things for her. That’s for sure.”

The subjects in HBO Max’s new documentary are not famous. They’re private citizens who were catapulted into the international tsunami of social media overnight. The doc explores various types of modern public shaming and the consequential aftermath, including a man who was globally vilified for stockpiling sanitizer during the early days of COVID-19, and a woman who lost her job for posting anti-Trump rhetoric in a Facebook group. In taking a deeper look at these individual’s stories, Lewinsky says she walked away with a different perspective than when she had just read the headlines.

“Everything has been tried in the court of public opinion and we’re all sitting on the jury, and I’m not sure how that works on justice,” Lewinsky says. She adds, “What’s challenging about that analogy is that in court, each side has the opportunity to present facts and context and nuance. Context and nuance are important.”

Lewinsky says that the political climate in America has also contributed to the rise of “cancel culture.” A timely topic explored by experts in the doc is how the power of big tech companies have contributed to the normalization public shaming, hate speech and canceling on social media. “I think there was a big change in 2016 with the election and our world becoming more vicious online with a lot more misinformation and disinformation,” she says. “Humiliation and shame and outrage are very enticing to get people to engage online.”

The film also examines the importance of the #MeToo movement in holding serial abusers accountable. “Abuse of power was not something that we talked about in terms of inappropriate work relationships,” Lewinsky says. “I think that might have been a different avenue, for me personally. I wouldn’t have been so alone. That’s the positivity of the internet.”

Aside from her anti-bullying work, Lewinsky is also now focused on her work as a producer with an overall deal with 20th TV. In her producing work, she hopes to bring purpose to her past.

“It’s been such an interesting experience to have both ‘Impeachment’ and ‘15 Minutes of Shame’ coming within a month of each other and there really being this synchronicity for me of purpose and message,” she says. “With ‘Impeachment,’ of course, I have selfish reasons, but there is also this element of not wanting this to happen to another young person again.”