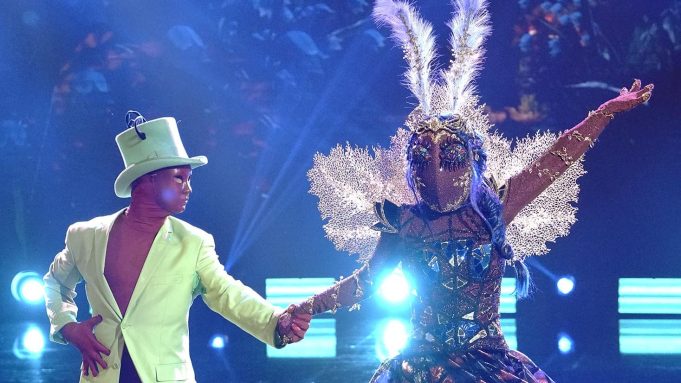 After only premiering two years ago, in 2019, Fox’s “The Masked Singer” is already set to debut its fifth season. In turning out so much content so fast it hasn’t shied away from making updates, such as the addition of the Golden Ear in Season 4, in order to continue to draw large viewing audiences and inspire intense social media debates.

“It’s always about how can we make it fresh — how can we do something a little bit different but still not go off the off the format,” executive producer Craig Plestis said during a Television Critics Assn. press tour panel for the show on Tuesday.

When “The Masked Singer” launches its fifth season March 10 on Fox, it comes with even more changes. First, there will be the addition of “Wildcard” performers, which will off-set the audience’s usual guessing game of who be the last performer standing. These later entrants into the competition will perform at the end of an episode for a chance to take a contestant’s place.

Plestis called this addition something that “brings a freshness to the show and a whole new life to the series,” noting that there will still be opportunities for the audience the judging panel to connect with them through clue packages.

“I think what we did is just a natural evolution of the format. And, honestly, it was fun filming it [for the] panel. They had a ball doing it and I think America will as well,” he continued.

Additionally, there is a new character, called Clue-Doodle-Do, who will come in to “mess with” the judges, noted Jenny McCarthy-Wahlberg. “When we think he’s gonna give us an amazing clue, sometimes he does.” But, “sometimes it’s a red herring,” Robin Thicke followed.

Niecy Nash steps in to host for the majority of the season (Nick Cannon returns toward the end, executive producer James Breen confirmed) after previously appearing on the show last season as a guest judge. “It was way different hosting because I wanted my own guesses,” said Nash. “You’re up there trying to lead the charge. However, I every time I had a free moment, I was somewhere trying to figure out the clues and taking the clue package, so I loved it because I still felt like a viewer at home.”

Her ability to correctly guess who was under masks, she admitted, was thrown off because “everybody who came to stand next to me, I thought was somebody I’d dated.”

This season, as well, the Fox Bet Super 6 app will allow audience members a more interactive experience with the show, and a chance to win real prize money.

In advance of each episode through the end of Act 1 of the East Coast airing of the episode, the app will provide six questions to predict what will occur in that particular week’s show. Every correct answer will translate to an entry into a prize drawing: a total of $20,000 will be given away each week, and there will be multiple winners each week. Those who enter the sweepstakes every week will receive an extra entry into a grand prize sweepstakes — that one has a $100,000 grand prize and could be awarded to a single player after the show’s May season finale.

“We are thrilled with the opportunity to build on the app’s popularity with sports fans and expand the fun and excitement into an entirely new audience,” said Fox Bet CMO Andrew Schneider in a statement. “The app has proven to be an engaging complement to live events and, through this partnership, will help to drive viewership and enrich the experience of ‘Masked Singer’ fans.”

Some essential elements will be carried over from Season 4 to Season 5, though, including the return of the Golden Ear competition between the panelists, the level of talent producers said they could book as performers because people’s schedules were different with a lot of other productions paused, and the use of a virtual audience (as well as cutaway shots to in-studio live audiences of seasons past) since the show is being produced amid the ongoing COVID-19 pandemic.

“Big communal events are what everyone’s missing right now,” said Breen. “We wanted to keep that atmosphere and have fun for everyone at home. It would be a very different show without ANY audience.”

Watch a performance from “The Masked Singer” Season 5 above.