‘Loki’ Episode 2 Recap: The God of Mischief Turns Into Mindhunter 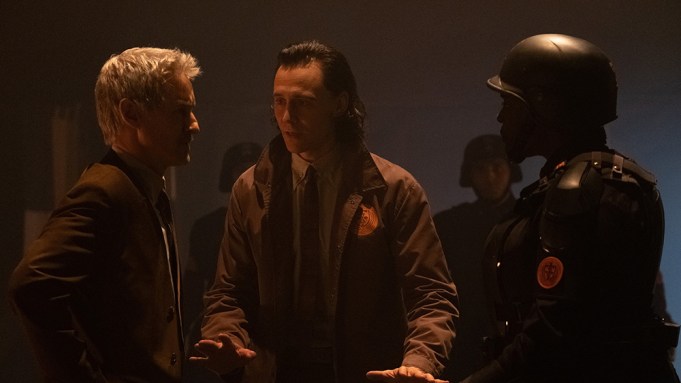 SPOILER ALERT: Do not read if you have not yet watched Season 1, Episode 2 of “Loki,” streaming now on Disney Plus.

One of the many delights of the God of Mischief having his own standalone series is that we not only get to admire Tom Hiddleston’s acting chops, but also get to see him dance gleefully and maniacally right before the entire ancient city of Pompeii is washed away by lava. In Episode 1 of Disney Plus and Marvel Studios’ “Loki,” viewers got to familiarize themselves with The Time Variance Authority (TVA) and its futuristic office hub, and see this new Marvel Cinematic Universe territory through Loki’s eyes.

During Episode 2, much of that worldbuilding was put on hold for tense time travel adventures while wielding Loki’s “Mindhunter” abilities to catch a more evil version of himself. The episode also focused on the blossoming bromance between Mobius M. Mobius (Owen Wilson) and the trickster the agent is sure he can sort-of reform. It dove deep into Nexus Events (emphasizing the importance of knowing these terms as Marvel fans, given that the concept is referenced both in “Loki” and in “WandaVision”) and showed off more of what the TVA actually does to protect the Sacred Timeline from “chaotic alterations of a predetermined outcome.” Additionally, why Mobius loves jet skis so much was revealed (a wholesome moment).

There was a lot learned in this episode, but so many more questions “branched” out of Episode 2. Here are the biggest ones:

How did the TVA agents not figure out Loki’s “apocalypse time branch” theory beforehand?

I’m calling Marvel’s own bluff: The TVA agents absolutely did know about Loki’s loophole since they know everything and anything about the Sacred Timeline and its deviations. Thus, they should also have had at least an inkling of what trouble they could (potentially) get away with without screwing up the order of things — like taunting villagers mere seconds before the tragic volcanic obliteration of Pompeii.

Loki explained this “new theory” in the second episode as: “So, let’s just say your salad is Asgard. … I could go down to Asgard before Ragnarok causes its complete destruction, and I could do anything I wanted. I could, let’s say, push the Hulk off the Rainbow Bridge. There he goes! And I could also set fire to the palace. I can do whatever I want to do, and it would never matter. It wouldn’t go against the dictates of the timeline. … It could be any apocalypse. It could be a tidal wave, it could be a meteor, or it could be a volcano or a supernova. If everything and everyone around you is destined for imminent destruction than nothing that I say or do will matter because the timeline is not going to branch because it gets destroyed.”

How Mobius and co. didn’t catch onto this beats me. Are they so obsessed with being bureaucratic do-gooders that they’ve created their own blind spots? It may be why Loki is so valuable in spite of the risks he poses to the TVA — he’s able to figure out that The Variant is hiding in apocalypses, carrying out malice undetected.

What is the significance of Roxxcart?

It appears extremely likely that the creepy, flickery-lit supermarket wherein Loki got in a — to put it bluntly — dick-measuring contest with Loki 2.0 and the visages of possessed victims, is owned by Roxxon Energy Corporation. (Get it? Roxxcart, Roxxon.) The massive fictional gas conglomerate has regularly made appearances, by name or in-scene, both in Marvel Comics and in Marvel series and films, including ABC’s “Agent Carter” and “Agents of SHIELD,” the “Iron Man” trilogy, Freeform’s “Cloak & Dagger,” Netflix’s “Daredevil” and Hulu’s “The Runaways.” Every time the petroleum industrial giant has made its way, on-screen or on-page, Roxxon has consistently been nefarious and at odds with superheroes. If The Variant is giving away candy (Kablooie chewing gum) during nexus events that are sold at Roxxcart between 2047 and 2051, then the incorporation of Roxxon’s evil ties was a conscientious one — and one that should have some greater significance in the series.

While Loki was sizing up his time-traveling, shape-shifting opponent somewhere between the pet supplies aisle and hurricane-discounted azaleas, TVA agent Hunter C-20 (Sasha Lane), was found by Mobius and co. She didn’t seem to be injured physically, but mentally, she was shaken up, constantly repeating, “It’s real, it’s real” while rocking back and forth. What caused this agent to spiral? And is the “it” she was referring to a person, a place or a thing? Episode 2 didn’t provide us with much clarity, but there may be more ominous forces afoot than “The Variant.”

Why is Lady Loki hellbent on destroying the Sacred Timeline?

“Loki, I am your… lady?” In a juicy reveal that echoed Darth Vader’s reveal in “Star Wars Episode V: The Empire Strikes Back,” The Variant’s shroud was removed and we got our first glimpse at Lady Loki (Sophia Di Martino), the Mistress of Mischief with golden horns and all. What’s her beef with the Time-Keepers or the TVA? Other than the fact that she’s on the run from the omnipotent organization, L.L.’s motives have yet to be unveiled. She wordlessly hopped through a time portal with Loki following before the nitty-gritty of her tricky time-manipulating scheme could be revealed. What we do know is that, in the comics, Lady Loki is just the female version of Loki (and she’s also canonically gender fluid and pansexual). During her appearance in Marvel’s “Dark Reign” comics from 2008 to 2009, L.L. is in cahoots with the villainous likes of Norman Osborn (aka The Green Goblin), Emma Frost, Namor and Doctor Doom. Holding out hope that any of these high-profile baddies will make their way onto “Loki” might be futile, but Lady Loki’s official introduction into the televised Marvelverse may carve a path for “X-Men” and “Fantastic Four” characters to pop up in the future.

Did Loki really betray Mobius to go off and commit time shenanigans with Lady Loki, or is this all a ruse? What is his game plan?

*Extreme Owen Wilson voice* Wooow, what a cliffhanger! After trying to bond with Mobius throughout most of the episode, Loki pulled a Loki and trailed off with his new friend/foe, effectively betraying Mobius and the rest of the TVA agents that put their faith in him. But then again, what were they expecting with the Prince of Lies? It appeared that (at least for now) there was a rift in that budding partnership. It should be noted, however, that Loki dropped a massive hint toward the beginning of the episode that there’s way more than meets the eye — he’s been “10 steps ahead” of the TVA, and he’s been playing a game of his own, all along.

Crossing our fingers that it ends up with Loki riding off into the sunset with Mobius on a jet ski.

New episodes of “Loki” stream Wednesdays on Disney Plus.