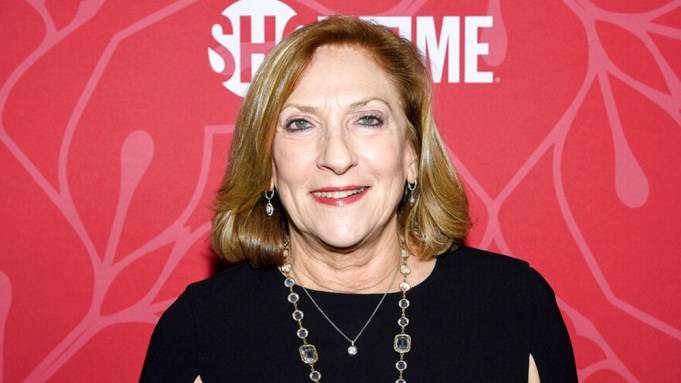 Lesli Linka Glatter, a veteran TV director of shows such as “Homeland” and “Mad Men,” was elected president of the Directors Guild of America on Saturday night.

Glatter will succeed Thomas Schlamme, the “West Wing” veteran who stepped down after two terms. She becomes the second woman ever to serve as president, following Martha Coolidge, who held the position from 2002 to 2003.

“I am honored to have been chosen by my peers to serve as President, and am committed to continuing our Guild’s great legacy of protecting the economic and creative rights of our members — always with our eye on the future,” Glatter said in a statement.

Glatter is one of TV’s most in-demand director-producers. She’s known for her command of complicated drama productions, and has served as executive producer on several series, including “Homeland” and “The Leftovers.” She is currently directing and producing the David E. Kelley series “Love and Death” for HBO Max.

Glatter is an eight-time DGA Award nominee and three-time winner, most recently earlier this year for her work on the “Homeland” finale. She’s also a six-time Emmy Award nominee for drama series directing. She got her start on Steven Spielberg’s “Amazing Stories,” and went on to direct shows such as “Twin Peaks,” “ER” and “NYPD Blue.”

The DGA held elections for board and officer posts at its biennial convention on Saturday night, which took place at the guild’s Los Angeles headquarters.

Glatter is both an experienced director and a veteran of union matters. She joined the DGA in 1985, and had most recently served as the union’s first vice president. She has also served on the guild’s negotiating committee three times, including the most recent negotiations, and has served on the national board since 2003. The union bargains on behalf of 18,000 members.

In her statement, Glatter paid tribute to the union’s board, calling the group “formidable, profoundly creative and incredibly diverse.”

“I am blown away by their generosity of spirit and dedication to serving their fellow members, even as they juggle such demanding and successful careers,” she said. “In these times of great technological and cultural change, we stand ready to take on the challenges that lie ahead. And just as we have throughout our 85-year history, together we will prevail.”

In August, Schlamme penned a note to members summing up the momentous events of the past few years, from social upheaval to the pandemic, that made for an eventful tenure as head of the helmers union.

In a statement on Saturday, he said he was “proud and thrilled to pass this baton into Lesli’s extraordinarily capable hands.”

“Lesli is a powerful force in the industry, and she’s brought that same energy to the service she’s dedicated to our Guild over the past two decades fighting for our members’ rights,” Schlamme said. “She is so uniquely suited to lead us into the future.”