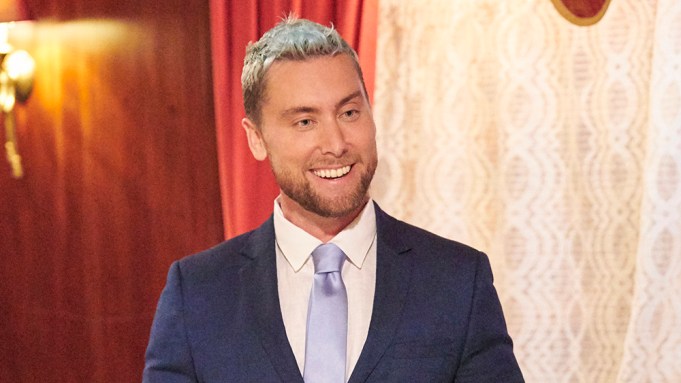 Lance Bass is a lifelong fan of “The Bachelor” and this summer, he landed his dream job hosting a show from the franchise, as one of the rotating guest hosts on the current season of “Bachelor in Paradise.”

The former boy-bander ends his three-episode run on Tuesday, and Bass had such a good experience on the show, he wants to do it again.

In fact, he has an idea for a new series: “If you want the most dramatic season ever, do an LGBT version,” Bass says with a laugh.

“I think maybe it’s the time for ‘The Bachelor’ to do a gay Bachelor. I think that would be so much fun,” Bass says. “And I definitely know a host if you need it.”

“I have not talked to anyone about that, but I would be so down,” he adds.

Bass, who is openly gay, tells Variety that he met his now-husband, Michael Turchin, near the shooting site for “Bachelor in Paradise” in Punta Mita, Mexico. The couple, who wed in 2014, is expecting twins via surrogacy this fall. Bass expresses his excitement to share his love story with a fanbase as big as Bachelor Nation.

The musician and television personality rose to fame as a teenage heartthrob in *NSYNC, with millions of female fans around the world. The band became a global sensation throughout the ’90s, and Bass did not come out until years later when he graced the cover of People magazine, which made international headlines. At the time in 2006, coming out was still somewhat perceived as a “career killer” in Hollywood.

Today, 15 years after Bass publicly came out, gay people have been given more civil rights, and television has revolutionized how the LGBTQ community is represented in society and pop culture, thanks to shows like “The Real World,” “Survivor,” “RuPaul’s Drag Race,” “I Am Jazz” and “Queer Eye for the Straight Guy.”

However, the unscripted dating genre has not had many examples of gay love stories, especially network television. Just last week, an ITV executive said the popular international format “Love Island” doesn’t work with same-sex relationships, saying the series is “a particular thing. It’s about boys and girls coupling up.”

In 2016, Bass hosted the short-lived “Finding Prince Charming,” a gay dating competition series, modeled after “The Bachelor,” on the Logo network. The show was canceled after one season of eight episodes. (“I don’t know why they didn’t do a second season of that,” Bass says.)

In 2019, “Bachelor in Paradise” was applauded for following contestant Demi Burnett as she came out as sexually fluid and ended Season 6 proposing to her then-girlfriend, Kristian Haggerty. The pair made history as Bachelor Nation’s first same-sex couple, and the franchise was nominated for a GLAAD award. (Burnett and Haggerty eventually split in late 2019, and Burnett is back on “Paradise” this season.)

Just like Burnett has searched for love with both men and women on “Bachelor in Paradise,” Bass believes that the summer series is the perfect place for exploring more LGBTQ storylines.

“Demi obviously had the first LGBT storyline on ‘Bachelor in Paradise,’ so that seems like a place that is a great venue for all love stories,” he says.

“I love the fact that they’re really branching out,” Bass says of “The Bachelor” franchise, specifically mentioning the senior citizen version, which has been in development for over a year and is currently in the casting process. “They’re doing the seniors next, which I think is such a great idea. I like that they’re trying different things and I think the next step, the obvious step, would to be an LGBT version. I would love to see a show where you had lesbian, gay, trans, bi. To me, bisexual is just such an interesting thing to watch because everyone is an option.”

Bass is the first-ever gay host on “The Bachelor” franchise, and Tituss Burgess will also step into that role, as another guest host later this season.

Bass says the significance of his role as a gay man hosting a major network TV dating show has dawned on him, and he hopes people watching at home can relate to his story.

As for “Bachelor in Paradise” this summer, Bass reveals that even he does not know how the season ends.

“They even keep it from me, which I love as a viewer. I want to be surprised, too, so I can’t wait to watch it to see how things turn out,” he says. “I have a lot of hopes for some of these couples and I feel a responsibility for a couple of these people falling in love.”

“I have been part of Bachelor Nation since Season 1,” Bass adds, calling himself a super-fan. “I’ve watched every season of ‘Bachelor’ or ‘Bachelorette,’ and when ‘Paradise’ came about, it really changed everything for me because it’s just the ultimate in the franchise.”