In today’s TV news roundup, Netflix announced the premiere date for the third and final season of “The Kominsky Method,” and Disney Plus released the trailer for “Big Shot,” starring John Stamos.

Netflix announced that the third and final season of “The Kominsky Method” will be released May 28. The new season stars Michael Douglas, Kathleen Turner, Sarah Baker, Paul Reiser, Lisa Edelstein, Emily Osment, Graham Rogers and Haley Joel Osment. “The Kominsky Method” is created by Chuck Lorre, who also serves as executive producer with Al Higgins and Douglas, and produced by Chuck Lorre Productions, Inc. in association with Warner Bros. Television. Take a look at some first-look images from Season 3 below. 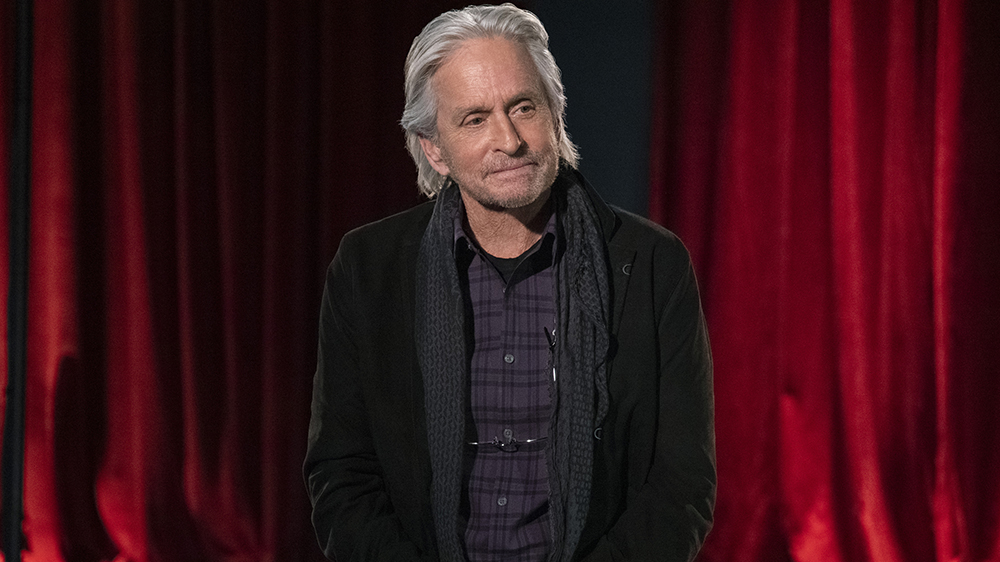 Netflix also announced that “Life in Color with David Attenborough” will premiere on April 22. The docuseries, is produced by Humble Bee Films and SeeLight Pictures, in association with the BBC. Attenborough serves as presenter, while the producorial team consists of Sharmila Chowdhury, Stephen Dunlevy and Colette Beaudry.

“Cher & The Loneliest Elephant” will launch April 22 on Paramount Plus in the U.S. and on Smithsonian Channel in the U.K., Latin America and Brazil. The documentary chronicles the incredible story of global superstar Cher traveling to Pakistan to help rescue Kaavan, the “world’s loneliest elephant” who had spent nearly 20 years malnourished in chains. “Cher & The Loneliest Elephant” is produced by Nutshell TV Ltd., Two Wise Monkeys Entertainment and Terra Mater Factual Studios. The executive producers are Mike Kemp for Nutshell, Phil Fairclough for Two Wise Monkeys, Susanne Lummer for Terra Mater and Tria Thalman and Charles Poe for Smithsonian Channel.

PBS announced the election of Marvin Irby to join the company’s Board of Directors. Irby, who has built an impressive career in the finance, hospitality and food and beverage industries, currently serves as the CFO and chief people officer of the National Restaurant Association. Previously, he held several financial VP roles at the Walt Disney World Resort, served as the EVP and CFO of Shawmut Design & Construction and worked various financial executive roles at PepsiCo. As part of the PBS Board of Directors, Irby will join 26 other members in being responsible for governing and setting policy for PBS.

Citizen Pictures, the production company behind “Diners, Drive-Ins and Dives,” has promoted Blaine Pate to serve as VP and executive producer, with a focus on food and lifestyle programming and branded entertainment. Pate will collaborate with Katie Alvord, VP of development, to generating character-driven docuseries and original formats for networks and streamers. Prior to his new role, Pate served as director of branded entertainment at Citizen.

Alexander Skarsgård and Karol G will appear on “The Tonight Show Starring Jimmy Fallon,” while Sharon Stone and Ken Burns will be on “The Late Show With Stephen Colbert.” “Late Night With Seth Meyers” will feature Kevin Bacon, Retta and Ash Soan, while Whitney Wolfe Herd will appear on “A Little Late With Lilly Singh.”