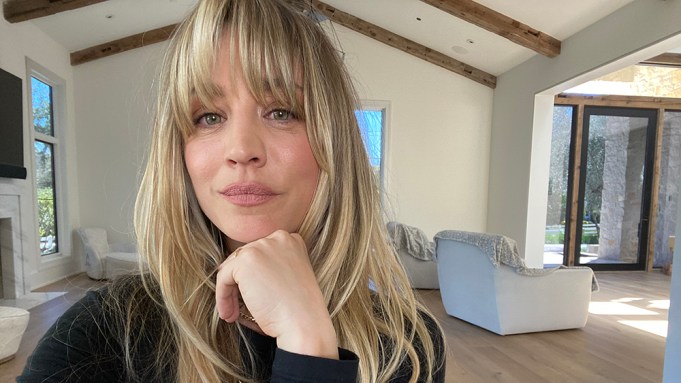 During their conversation for Variety’s Actors on Actors series, Elizabeth Olsen told Kaley Cuoco that she’d been playing Wanda Maximoff for two years straight, having gone from the Disney Plus series “WandaVision” straight into the upcoming Marvel Studios movie “Doctor Strange in the Multiverse of Madness.”

Cuoco’s first reaction was, “I was like, ‘What’s it like to play the same character?’” Then she remembered “The Big Bang Theory:” “Oh, I did that for 12 years,” she said.

Cuoco grew up on sitcoms, and she and Olsen, who dabbled in multi-camera comedy as part of the structure of “WandaVision,” talked about the art of it.

Cuoco agreed. “Obviously, that’s my whole life,” she said. “Especially with ‘The Big Bang Theory,’ we’d have these guest stars come on, and some of them were wonderful dramatic actors or whatever, and they would feel so lost for a while. It really is so musical. Because I grew up with it, and I did it for so long, it’s so natural for me. It’s very different if you haven’t done it.”

She was used to working on a stage in front of a live audience, and having her dressing room be something “only queens can imagine,” Cuoco said. “We were indoor cats, as we called ourselves.”

She began developing “The Flight Attendant” in 2017 when “The Big Bang Theory” was winding down. She bought the rights to the book, and formed the company Yes, Norman.

“The book is extremely dark. There is not one funny word,” Cuoco said. “It is tragic, and she is super tragic. I loved the book, but I loved her. And I thought, ‘OK, let me get the rights to this. And maybe it’s a movie.’

“Then I started sitting on it; no, I think it’s a show. I laugh so hard, because the amount of times we used the word tone, I can’t ever say the word tone again. I said, ‘The tone is it’s me, and we’re gonna throw this girl into this horrible situation, but you’re also gonna laugh, and you’re gonna cry, and then you’re gonna feel super awkward.’ It couldn’t just be that darkness. We had to walk that tightrope, which, by the way, was a total challenge.

Along with Warner Bros. and Berlanti Productions, Cuoco shepherded “The Flight Attendant” to its Nov. 2020 premiere on HBO Max. It was meant to be a departure from “Big Bang,” Cuoco said, and from Penny, the character she’d played for 12 seasons: “Obviously, the biggest concern was like, ‘Oh, you’re gonna be known as Penny forever!’ — which, by the way, if I was, great. Like, that would have been fine. Yes. I’m Penny.”

And it clearly worked, since a press report on Golden Globes morning called her a “newcomer.”  But being an executive producer of “The Flight Attendant,” as well as its star, was an adjustment.

“The job doesn’t really end,” Cuoco said. “As an actor, we come in and do our job, and it’s great, and then we move on to the next job. And, what I learned through this process, the producing side of it with ‘Flight Attendant,’ was how a lot of work starts the minute we leave.”

On “The Flight Attendant,” things like blocking were also new to Cuoco. “In my sitcom life, you kind of flail, and you’re finding things. You don’t know what that person’s going to do, and it’s very quick.”

She also hated the mic packs she was required to wear. “The poor sound department must have thought I despised them,” she said. “I’d be sweating, and it’s falling. Oh, God, those mic packs made my life a living hell.”

Olsen echoed Cuoco’s hatred. “When I’m in a superhero costume with a harness on, because I have to fly, and where the mic pack goes is like right where the harness and the cords need to go,” she said. “And, I’m like, ‘You guys, I’m going to be flying. There’s going to be fake wind. You’re not gonna hear me anyway! I’m going to have to ADR the whole thing anyway.’ Doesn’t matter.”

“I’m beyond shocked that we still have a battery in a pack that has to be changed at lunch,” Olsen said.

Watch the full conversation below, and read more here.