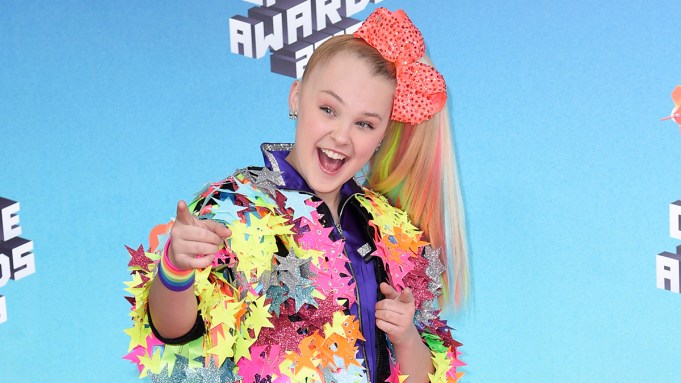 JoJo Siwa, the 17-year-old singer, dancer, actor and YouTube personality, has come out as gay, after alluding to it on social media over the past couple days.

Siwa first hinted at her coming out in a TikTok video posted to her over 31 million (and growing) followers on Thursday. In the video, she dances to “Born This Way,” the 2011 smash hit by Lady Gaga widely regarded as an LGBTQ anthem. The video has more than 4.5 million likes and 25 million views, by far Siwa’s most popular video on TikTok. Out of the over 260,000 comments on the video, several prominent YouTube influencers, such as James Charles, Colleen Ballinger, Nikkie de Jager, Bretman Rock and more, congratulated and praised her.

On Friday, Siwa posted a more definitive message, sharing a photo of herself wearing a shirt that reads “Best. Gay. Cousin. Ever.” and saying her cousin got it for her.

My cousin got me a new shirt pic.twitter.com/DuHhgRto7b

Praise and positive reactions poured in for Siwa on Twitter, who became a trending topic on Friday afternoon.

Siwa also posted an Instagram photo of herself wearing a rainbow Gucci track jacket on Thursday, with thousands of comments from fans, including musician Luke Eisner, Paris Hilton and other celebrities, congratulating her.

In an Instagram livestream posted on Saturday, Siwa thanked her fans for the outpouring of support and love that she said flooded her social media following her coming out. Siwa appeared visibly ecstatic in the video, emphasizing that she has never been as happy in her career as after her announcement. She said she is thrilled to share her life with her fans but is not ready to assign a label to herself.

“Right now, what matters is that you guys know that no matter who you love, that it’s OK, that it’s awesome and that the world is there for you” Siwa said. “There’s so many people that are there for you.”

Siwa said the past “48 hours” have been unreal and that she believes that although coming out still carries a stigma and everyone has varying circumstances, it no longer is something to be feared.

Before ending the video stream, Siwa let her fans know her family was supportive of her and spread a message of joy, encouraging her viewers to do what makes them happy in all aspects of their lives.

As a dancer, Siwa first shot to fame on the Lifetime reality series “Dance Moms” and soon skyrocketed with her fashion, accessories and music aimed at a young audience. She signed with Nickelodeon in 2017 and appeared in the TV movie “Blurt,” “Lip Sync Battle Shorties” and is the youngest contestant ever on Fox’s “The Masked Singer.”