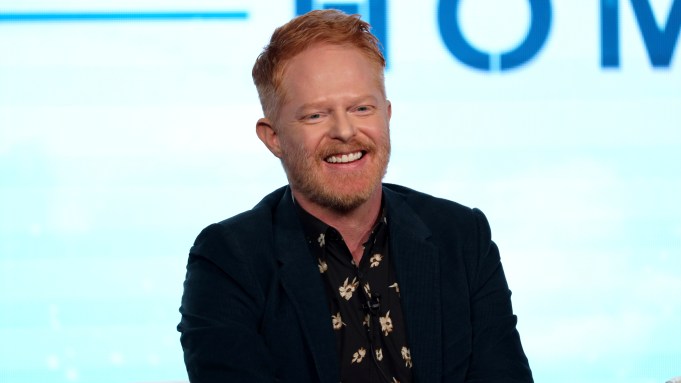 “I have so many cookbooks. They’re aspirational,” the former “Modern Family” star says on this week’s episode of the “Just for Variety” podcast. “But it’s also fun. I don’t know how you feel about cookbooks, but I just like pulling a few down and kind of looking through books I haven’t looked at it in a while, and finding these recipes that I might have passed over and just creating a whole new menu for the night.”

I caught up with Ferguson, who was set to star opposite Jesse Williams and Patrick J. Adams on Broadway in “Take Me Out” before theaters were closed due to the pandemic, from his home in Los Angeles that he shares with husband Justin Mikita and their eight-month-old son Beckett.

Did you always have plans to write a cookbook?

No. I always thought maybe I’ll write a memoir or something. Or a book of funny essays. I sort of tried and then I got writer’s block and I felt overwhelmed by it. It’s not like I even had a book deal to do that, I was just like, maybe I’ll do it for myself and just see if I can sell it. With this cookbook, I had a blog that I developed with my friend, Julie, called julieandjessecook.com. Do not ask me how I thought of that title, it was just a stroke of genius. That’s where we just housed all these recipes we were developing together and then Clarkson Potter, the publishing house, approached us and said, “Let’s turn this into a book.” And it took them having the confidence in us to actually do it.

When did you start cooking? I didn’t start until later in life.

Me too. It was after I moved to L.A. and I actually had space to cook because I lived for 12 years in New York and I had very, very tiny apartments. I had very, very, very tiny kitchens. Heating up a Lean Cuisine was the most cooking I was doing in New York. When I moved to L.A., I started collecting cookbooks and just cooking a lot. Also, when I was doing press for “Modern Family,” I got to be on Martha Stewart’s show and I got to cook with her a little bit. I felt like, I’m not bad at this, I think I can do it.

What has been your worst cooking nightmare?

I bought a beautiful rack of lamb and I marinated it overnight. It’s a recipe I’ve made before and for some reason I just wasn’t paying attention when I turned the grill on. I have a gas grill and I just cranked up the heat way too much. This poor rack of lamb got so scorched and we had to call someone to bring food. It was a dinner party and I had nothing to give anyone, so we just ordered in pizza.

What’s really aspirational for me are the desserts. I’m always that person who totally over mixes for baking because I never knew you’re not supposed to do that.

Over mixing is a thing, yeah. Julie, my cooking partner, is a really good baker so she has taught me a lot. One of the things she really helped me get over was my fear of pie crust. I just could not do a good pie crust. Like a deep fear of pie crust. Not eating it, but making it. There’s like three ingredients in pie crust, but if they’re not at the right temperature or added at the right time, you’re screwed. I’ve cried over the pie crusts that I’ve tried to make, like with flour all over my kitchen and all over my face. Julie walked me through everything I was doing wrong. The first thing I was doing wrong was not breathing. I just was just so tense about pie crust.

Michelle Obama, Kamala Harris and Joan Rivers. And you. I know Joan Rivers isn’t here with us anymore. I didn’t know if it was a dead or alive.

It’s a dream. Dream is dead or alive. What’s on the menu?

We will be having a confetti cake.

Nope. Too much pressure.

What’s the best meal you’ve ever had?

When I think about meals, I think about the feeling around them and it’s less about the food because I’ve had some amazing, amazing food in Paris, and in Mexico City, and in my travels to Istanbul and London. But the meal I think about a lot recently is actually a meal I cooked for Justin for our anniversary this past year. I ordered in caviar and champagne and then I made him chicken fingers as well. We had it outside by the fire pit and it was just so special.

What about Broadway? What’s going to happen with the show?

We were about two weeks [into rehearsals] and then everything shut down. We are still hoping to do it. As soon as theater’s back, Jesse Williams and Patrick J. Adams and I, we are all very committed to doing this play and [Scott Ellis] the director is so excited to continue on with it. We’re going to do it when it’s okay to go back. I’m just so grateful that vaccinations are rolling out, I got my mom vaccinated and I do think by this time next year we will be in a much different place and hopefully theater will go back. That’s the thing I’ve really missed more than anything else, is theater.

This interview has been edited and condensed for clarity and length. You can hear it in full above. You can also find “Just for Variety” at Apple Podcasts or wherever you listen to your favorite podcasts.