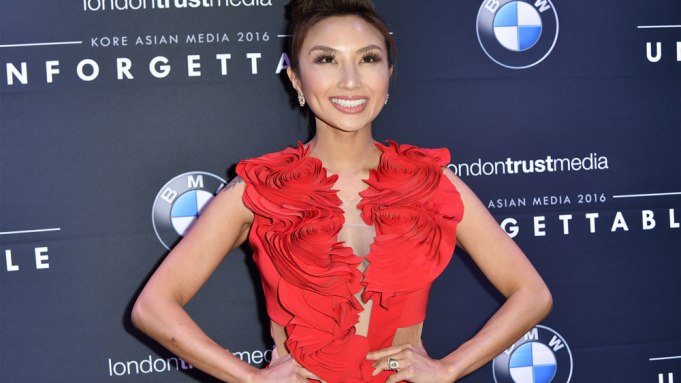 Diversity and inclusion are vital for ensuring that all peoples feel represented in the media that they consume, but Jeannie Mai is tired of the “Crazy Rich Asians” stereotype being the only Asian American portrayal she’s been watching on TV.

On Friday’s episode of “The Real,” Mai and her co-hosts Loni Love, Adrienne Houghton and Garcelle Beauvais, the latest addition to the Emmy-winning talk show distributed by Warner Bros., got into a discussion on racial representation in movies and television spurred by a recent article penned by HuffPost culture reporter, Marina Fang. In “‘A Sugar & Spice Holiday,’ ‘House of Ho’ and Accepting Mediocre Attempts at Asian Representation,” Fang argues that while the tropes in the cheery Lifetime holiday rom-com and the exorbitant HBO Max reality show are “decidedly mediocre,” that’s okay because with every run-of-the-mill and highly commercialized genre featuring Asian Americans, there’s “a little less weight placed on each show or movie about Asian Americans to succeed.”

Mai, a first-generation daughter of Vietnamese and Chinese immigrants, observed that while she knows representation of her community is important, she found herself at odds with the crux of Fang’s argument, questioning why there aren’t more offerings. Mai has publicly condemned prejudice on the talk show before, as well as in interviews and essays, when hate crimes targeting Asians were on the rise in the U.S. due to violent, divisive rhetoric spewed by politicians coining COVID-19 as the “Kung-Flu”.

“I can’t help but notice that after the explosion of ‘Crazy Rich Asians,’ it’s awesome that now we’re getting representation across the gamut for Asians,” Mai said on the show. “But, why does it have to be specifically ‘crazy’ or ‘rich’?”

Mai, who also serves as a sideline correspondent for extreme mini-golf competition series “Holey Moley” and recently competed in ABC’s “Dancing With the Stars,” pointed to the stereotypes she saw throughout her life when “phases” of Asian popularity in pop culture were blowing up: the kung-fu experts, the native nerds, the yapping “cool Asians” in Mean Girls (who were gossiping in Vietnamese, Mai indicated). Now, she’s seeing a crop of stereotypes increase again in shows like the new Netflix original, “Bling Empire.”

“Why is it that it always comes rolling out the gate with the stereotype? Because it feels like entertainment will take the lowest hanging fruit — take the stereotypes, run with it as the entertainment — then it fuels prejudices and stereotypes. And it makes us kind of live in that for the next 20 years until finally we hopefully see some different leading roles and some different narratives where Asians aren’t just the doctor, the martial arts experts or the ‘hot car girl,'” Mai added.

As the title of the talk show suggests, the ladies “kept it real” after Mai opened up the floor to discussion for a roughly 8-minute segment. Love, an Emmy and NAACP Image award winner and comedian, brought up her own experience trying to move up for 15 years in an industry that cares less about race and more about money: “If you’re not gonna make money, they’re not gonna pick up your pitch,” Love said. “They’re not gonna tell your story, so right now they saw ‘Crazy Rich Asians,’ so every ‘crazy,’ ‘rich’ so-called Asian out there, they’re gonna try to put in front of the TV, that’s just how it is. It’s just like when Mo’Nique came out, that’s the only time I really got a show. Why? because Mo’Nique was fat and Black.”

Love also gave a shoutout to Lifetime for making significant strides in boosting diversity in several of their films, including the aforementioned cheesy Christmas title, “A Sugar & Spice Holiday.” Love said that the industry is changing, but that it does take “creative minds behind the camera to come in and help make decisions,” and it requires viewers of different races and ethnicities to actually support projects with representation that is nuanced and multifaceted.

“Unfortunately, it takes people like you, Jeannie Mai, to create those narratives and change it,” Beauvais said to her co-host.