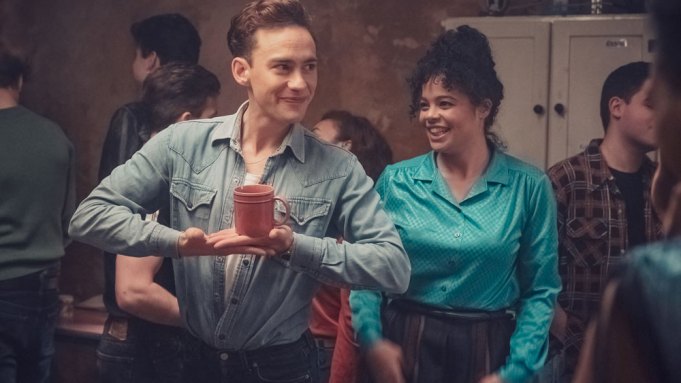 It’s hard to imagine now, but “Queer As Folk” wasn’t immediately embraced in all corners of the LGBT community. “I remember when we went to film on Canal Street — it’s the gay quarter in Manchester — and there were bar owners who objected to the title,” “Queer” creator Russell T Davies tells me from his home in Wales. “We were almost in danger of not filming in some of the pubs, not being allowed in because the word queer was in the title.”

Foo Foo Lamar, the late legendary drag queen and club owner in Manchester, joined the chorus of critics. “He stood up in this meeting and said, ‘I’ve fought against that word all my life. Now you’re naming a television show after it’ and walked out,” Davies, 57, remembers. “I absolutely respected where he was coming from, but I stuck to my guns and just thought I knew it was a good title.”

The 10-episode series, which ran from 1999-2000, was groundbreaking in its truthful depiction of gay men and for its unapologetic sex scenes. Not only did it launch Charlie Hunnam’s career, but a U.S. version ran for five seasons on Showtime before ending in 2005 and a Bravo reboot is currently in the works.

Davies’ latest project “It’s a Sin” takes places about 20 years before “Queer as Folk.” The five-episode series (available on HBO Max) follows a group of gay friends during the early days of the AIDS epidemic. Olly Alexander, the lead singer of Years & Years, stars as Ritchie, a wannabe actor who moves to Manchester, where he finds friends, partying and a lot of sex. “I hope that young queer people watch and it gives them maybe a rich understanding of themselves and where we’ve come from,” Alexander, 30, says from his London apartment. “We’re really standing on the shoulders of everyone that came before us. And I think it’s so important to acknowledge and recognize that and there’s a lot of courage and inspiration that I take as a queer person from seeking out my own history and my elders and how I’m connected to them, and how that’s impacted my own life growing up.”

The series does not in any way sugar-coat how AIDS ripped through the gay community. “That was a very hard sell,” Davies says. “I would say how many deaths there were and I could see literally people were flinching. And I got asked, ‘Do you have to have that many?’ And I just had to go, ‘That was the experience. That is what happened.”

Even so, Davies insisted on starting the series just before the onset of the then-mysterious illness. “I start in 1981, where there practically is no virus with a bunch of young people having a laugh,” Davies says. “They’re with their parents, they’re having fun, they’re having sex, the audience will be sitting there waiting for it. It’s like a cloud on the horizon.”

Alexander (pictured above with Lydia West, who plays Jill Baxter) was given the first two scripts to read before auditioning for the series. “I was so blown away by it because I’ve never seen characters portrayed like this,” he says. “The characters are so flawed and vulnerable but they’re heroes, too. I was very moved. I cried a lot when I read it.”

He had to warn his family that the series includes the first sex scenes he’s ever done. “I told my family, I told my mom, ‘Just so you’re aware there are some sex scenes,’” Alexander says. “I actually I spoke to my mom recently about this, and she was like, ‘I wasn’t bothered by at all. It didn’t make me feel funny in the slightest.’ She said because I warned her about it, she was expecting it. I had a quite awkward conversation on WhatsApp with my cousins. But everyone was very sweet about it.”

Perhaps Davies and Alexander will reteam for a gay superhero movie. “Yes, please, a gay superhero movie!” Davies says. “I know exactly how to do it. It’s not sexy men having sex all over the place. It wouldn’t get made, would it? The straight superheroes don’t even do that. With the explosion of Marvel movies and all these things, I think this will all come to pass. I have a half of an idea. I know the pitch. I know the angle to take.”