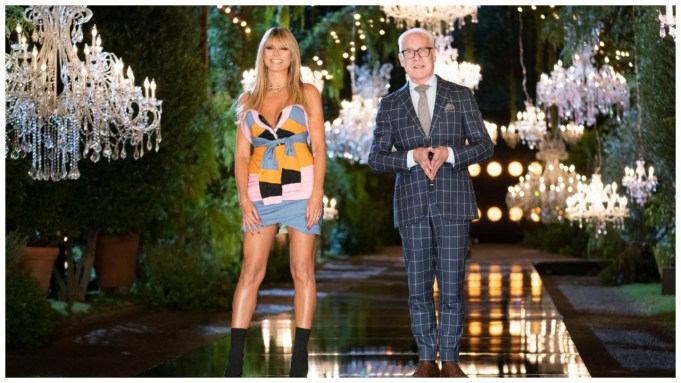 Amazon Studio’s fashion competition series “Making the Cut,” hosted and executive produced by Heidi Klum and Tim Gunn, is officially coming back for a second season. And this time around, supermodel Winnie Harlow and Moschino creative director Jeremy Scott are joining the judging panel.

Season 2 of the unscripted fashion series, which pits 10 international designers and entrepreneurs against each other for $1 million and an Amazon Fashion mentorship, premieres on the streaming service this summer.

While the first season jetted contestants from New York City to Paris to Tokyo and back, this year’s “Making the Cut” competition was filmed entirely in Los Angeles amid the ongoing coronavirus pandemic. Winners of each episode will again have their winning designs immediately sold on Amazon, an e-commerce-television hybrid that marked a unique internal crossover on the Seattle tech giant’s massive platforms.

“I am so excited to be in my hometown of Los Angeles with such a talented group of designers and judges for season two,” said Klum. “This last year brought so many unforeseen challenges across the globe, so I feel grateful that we were able to safely film as Tim and I continue our journey to find the next great global fashion brand.”

“I am delighted to be reunited with Heidi for season two of Making the Cut and for Winnie and Jeremy to join as judges,” said Gunn. “They both bring a unique voice and perspective to help us challenge these designers to sharpen their skills and get out of their comfort zones to become the next household names in fashion.”

Model and spokesperson Harlow, who first rose to prominence in 2014 through “America’s Next Top Model,” has been the face of Paul Mitchell, Puma, Tommy Hilfiger, Diesel, Desigual, Byblos and Steve Madden, and has been featured on the cover of Vogue, Harper’s Bazaar and Elle Magazine. Moschino’s Scott, who launched his namesake label in 1997, was nominated for Best Young Designer by the Council of Fashion Designers of America (CFDA) and has worked with celebs from Ariana Grande to Rihanna to Miley Cyrus to Zendaya. He has been creative director at Moschino since 2013.

Harlow and Scott will be joined by other judges throughout the season.