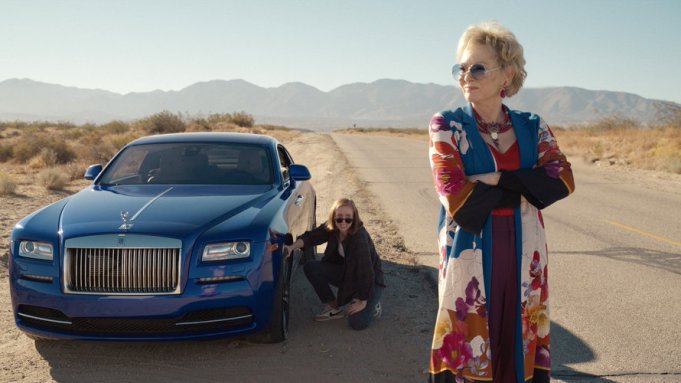 “Hacks” has been renewed for Season 2 at HBO Max.

The series, which will wrap up its first season on June 10, follows Jean Smart as veteran Las Vegas comedian Deborah Vance and the dark mentorship that she forms with an outcast 25-year old comedy writer (Hannah Einbinder).

“I am absolutely thrilled we are picked up for a second season and I told Hannah it’s ‘No more Miss Nice Guy; from now on it’s Bette and Joan! And guess who’s BETTE??!!’” Smart said.

The series debuted on the streamer in May and has been met with critical acclaim upon its release. It hails from creators Paul W. Downs, Lucia Aniello and Jen Statsky.

“We knew immediately that Lucia, Paul and Jen brought us a winner,” said Sarah Aubrey, head of original content for HBO Max. “We couldn’t be happier about the tremendous response from our viewers and critics alike, and we salute the executive producers; Jean, Hannah and the rest of the brilliant cast; and our partners at Universal.”

“We have been blown away by the positive reception to ‘Hacks’ — we owe this renewal to every single person who tuned into the show and then told a friend to watch,” said Downs, Aniello, and Statsky. “We are so grateful we get to continue, and want to thank our partners at HBO Max and Universal Television for supporting the show so fiercely, and our wonderful cast and crew for delivering on every level. Many years ago, we set out to tell a deeply important story that needed to be told — that of a handsome, charming talent manager and his two demanding female clients. We’re so glad that story resonated with audiences, and we can’t wait to get to work on season two. See you soon!”

In addition to creating “Hacks,” Downs, Aniello, and Statsky serve as showrunners and executive producers. Downs and Aniello executive produce via Paulilu, while Statsky does so under her First Thought Productions banner. Michael Schur executive produces via Fremulon along with David Miner for 3 Arts Entertainment and Morgan Sackett. Universal Television produces.

“We are overjoyed that our partners at HBO Max have renewed ‘Hacks’ for a second season! It’s been incredible to watch this breakout series redefine generational comedy with the phenomenal Jean Smart and Hannah Einbinder expertly sparring to audiences’ delight,” said Erin Underhill, president of UTV. “Hats off to Lucia, Paul and Jen who each brought their distinct vision to this colorful world of characters. We can’t wait to watch what happens next with Deborah, Ava and the gang in Vegas.”