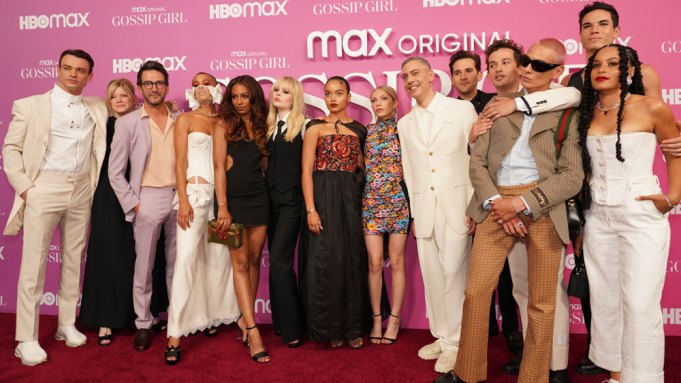 The stars of the new “Gossip Girl” have revealed their favorite moments from the original series, which ran for six seasons on the CW before coming to an end in 2012. Whitney Peak, who plays Zola, said the storyline where Chuck (Ed Westwick) tries to drop his identity by briefly becoming Henry Prince was one of the funnier parts of the series.

“I thought that whole Chuck personality identity crisis thing was hilarious, like when he goes to Paris and gets mugged,” Peak said. “He gets shot and then he just decides to just throw away his life and he doesn’t want to be Chuck Bass.”

Evan Mock, who plays Aki, laughed while remembering how Serena (Blake Lively) threw her phone away in the trash during the second episode of the show after a fight with Blair (Leighton Meester). Executive producer Joshua Safran, on the other hand, said one of his favorite scenes was when Serena walked in on Blair and Chuck in bed.

“I always jokingly talk about the time that Chuck was under the duvet clearly doing something that Blair was trying to hide,” Safran said. “To me, not seeing something is even more incendiary than seeing it and I cannot believe they let us do that.”

“All the ‘OMFG’ posters went up all over New York and L.A.,” Schwartz said. “That was kind of like, ‘Are we really going to get away with this?’ That marketing campaign did a brilliant job of being provocative and drawing people to the show. We got away with it.”

When asked who they would want to return from the original cast, Peak said she would like to see the “sneaky funny” Dorota (Zuzanna Szadkowski) back on screen.

“I think she’s so sweet, and her relationship with Blair, I was like, ‘This is the most heartwarming thing,'” Peak said. “That relationship, specifically, I think they had such a close bond which was always refreshing to watch. She’s just sneaky funny.”

Jordan Alexander, who plays Jullien, confessed that she has “been liking Blair a lot more” after rewatching the series.

“Maybe when you watch it, you’re like, ‘Oh, she’s not very nice,’ but that’s kind of the driving force,” she said. “Her craziness and vindictive nature. She’s an antagonist, and I think that’s really compelling and interesting.”