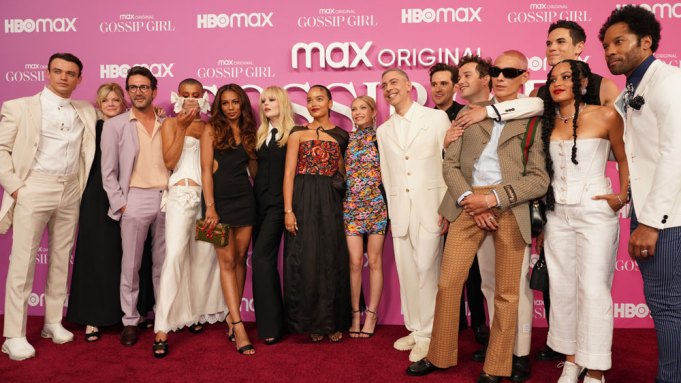 While the original “Gossip Girl” series didn’t expose Dan Humphrey (Penn Badgley) as the secret Gossip Girl until the series finale, HBO Max’s new incarnation reveals in the first episode that a group of teachers are behind a Gossip Girl Instagram account that spies on students to spill their secrets.

In an interview with Variety‘s senior culture and events editor Marc Malkin, the producers of the reboot series were asked how they avoided making these teachers come off as creepy while they followed and tweeted about their students. “Did you find them creepy or did you find them struggling with a moral issue? Or both?” replied executive producer Joshua Safran.

“If you go back to the original and you actually watch it thinking about Dan as Gossip Girl, it’s actually more of a horror show,” Safran continued. “Just because there are teachers going after minors doesn’t erase the fact that, like, was it any better than [Dan] destroying his own sister? His own girlfriend?”

Safran said the early reveal this time around forces the viewer to become more involved with the storyline.

“You’re actually complicit in [knowing the identity of Gossip Girl], and that to me is what elevates this version from the original — which is there now when you watch the original but it’s only in the back of your mind,” Safran said. “Here, you actually have to confront it. You have to confront, ‘what does it mean to play God? Who has the right to? Why do we do it? Why do we think we can?'”

Safran then pointed out that Kate (played by Tavi Gevinson), one of the teachers at Constance Billard behind the Gossip Girl moniker, belongs to the same generation as Max Wolfe (played by Thomas Doherty) and the other high school students.

“I think the fun of it is at least Kate is 24, and she’s only 7 years older than Max,” Safran said. “That’s interesting as well.”

Meanwhile, the cast also weighed in on how the show portrays the characters’ very active sex lives. “I think it’s done very tastefully and there’s nothing really outlandish about it,” Doherty said. “I think it was really nice to not fantasize it so much, but definitely inject emotion into it and to make it something real and something genuine as opposed to doing it for the sake of doing it.”

Even though the producers had fewer restrictions being on a platform like HBO Max, Safran said the sex scenes always feed the storylines.

“If Audrey is going to do something to her boyfriend Obie in an episode, it’s actually going to potentially expose her as having cheated on him,” Safran said. “It’s not just a gratuitous sex act.”

Executive producer Stephanie Savage said parents can use the show to talk to their kids about sex.

“Watch the show with your kids and have those conversations,” Savage said. “Your kids probably aren’t doing that, but someone’s kids are. Those are things that you should be talking about at home.”

“Be open with them and be like, ‘Yeah, these are things that exist and things that you might be interested in,'” Alexander said. “Maybe don’t let a TV show raise your kid.”