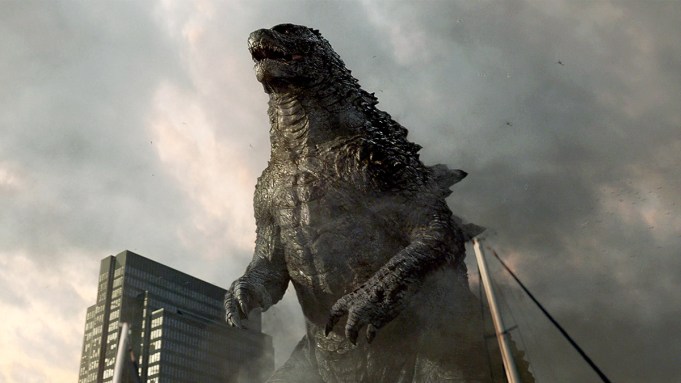 An epic battle between two movie icons has helped provide proof of concept for AT&T’s larger strategy for WarnerMedia.

AT&T chief John Stankey, speaking Thursday during the company’s first quarter earnings call with Wall Street analysts, pointed to the performance of Warner Bros.’ “Godzilla vs. Kong” on HBO Max and at the box office over the past three weeks as signs that the bold strategy of simultaneous releases in theaters and on the streaming platform is working.

The rollout of WB movies to date has “provided theaters with a steady flow of content and has been a great catalyst for growth at HBO Max,” Stankey told analysts

“Godzilla vs. Kong” has led the U.S. box office for the past three weeks — albeit without much in the way of competition at the multiplexes — and it has captured what Stankey described as HBO Max’s “largest audience” since the movie bowed on March 31. The movie has grossed $80 million domestically to date in theaters and is expected to be the first movie released during the pandemic to reach the $100 million threshold.

Although WarnerMedia roiled the waters in Hollywood with its groundbreaking plan for the studio’s 2021 release slate, Stankey hailed the decision as driving to AT&T’s larger goal of using marquee value content from WarnerMedia to help draw customers for its wireless telephone and broadband services. The volume of movies and TV shows offered under the HBO Max umbrella has proven to be attractive to customers in need of telephone and data services.

“Our aim is to use our differentiated premium content offering to attract global customers,” he said.

Stankey and AT&T chief financial officer Pascal Desroches emphasized during the call that HBO Max has enjoyed steady momentum since the movie strategy began on Christmas Day with the dawn of “Wonder Woman 1984.” AT&T reported a net gain of 3 million subscribers for HBO Max during the quarter, which means that HBO and HBO Max have seen their subscriber base grow by 11 million during the past 12 months.

“There’s a pretty compelling rising-tide-lifting-all-boats story. We feel it was the right call for where we were in the pandemic,” Stankey said, referring to the day-and-date release plan announcement in December. Overall, HBO Max users are spending on average more than two hours a day watching the service. “I think that’s a really good place to be,” he said.

Stankey was pressed but did not offer much more detail on plans to launch an ad-supported version of HBO Max in June that will be priced much lower than the current $15 a month for HBO, HBO Max and a host of other content from WarnerMedia channels. Pricing information won’t be released until closer to launch to maintain competitive advantage, Stankey said.

Stankey said he sees the AVOD version of HBO Max as appealing to younger consumers and those households with lower incomes. With the multitude of streamers out there, HBO Max has to be compelling and accessible as consumers make “portfolio decisions” on how many content services they’ll pay for.

“It’s particularly true when there are multiple streaming services out there, as people make decisions and review their investment in home entertainment, they’re going to be more price sensitive,” he said. AT&T will market the lower-cost HBO Max with some of its pre-paid phone services that also appeal to consumers “in certain socio-economic dynamics.”

Stankey also offered some insight into why WarnerMedia has been slow in some cases to line up distribution deals with key digital MVPDs. The company didn’t reach agreements with Roku and Amazon Fire until months after the May 2020 launch of HBO Max. Stankey didn’t mention Roku or Amazon by name, but he said that the company was balking at efforts by any distributors to place a middle layer between the customer and HBO Max when it comes to billing or data collection.

WarnerMedia is still leaning on AT&T’s “owned and operated channels” to drive retail distribution of HBO Max, he added.