The “Game of Thrones” prequel series “House of the Dragon” at HBO has unveiled its first official images.

“House of the Dragon” is set a few hundred years prior to the events of “Game of Thrones” and tells the story of House Targaryen and the Targaryen civil war that became known as the “Dance of the Dragons.” The cast includes Paddy Considine, Olivia Cooke, Emma D’Arcy, Matt Smith, Steve Toussaint, Rhys Ifans, Eve Best, Sonoya Mizuno, and Fabien Frankel.

The photos feature: D’Arcy as Princess Rhaenyra Targaryen and Smith as Prince Daemon Targaryen; Toussaint as Lord Corlys Velaryon; and Cooke as Alicent Hightower and Ifans as Otto Hightower.

See the photos below.

HBO has given “House of the Dragon” a 10-episode order with an eye toward a 2022 debut. The start of production was announced on April 26. It is based on George R.R. Martin’s book “Fire & Blood.” Martin recently signed a five-year overall deal to create content for HBO and HBO Max.

It has been revealed in recent weeks that there are currently multiple shows set within the “Game of Thrones” universe in the works at HBO and HBO Max. Among those is a series adaptation of Martin’s novellas “Tales of Dunk and Egg.” Martin is an executive producer on all of the shows. Martin is also an executive producer on HBO’s planned adaptations of Nnedi Okorafor’s “Who Fears Death” and Roger Zelazny’s “Roadmarks,” both of which are in development at the network. 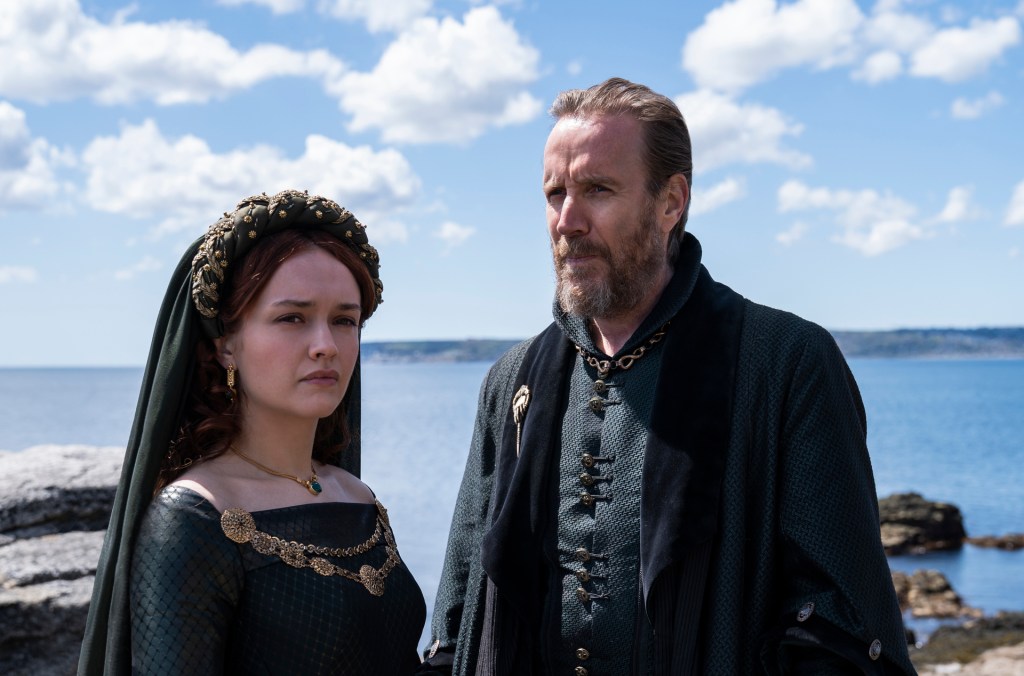