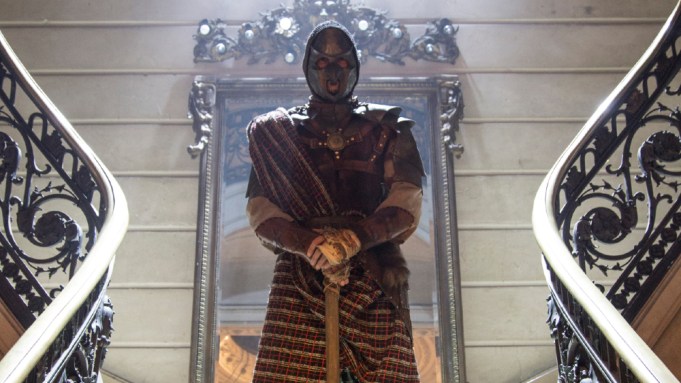 Buenos Aires-based FilmSharks Int’l has picked up worldwide rights to sci-fi-horror film “Virtual Reality” by Argentine terror meister Hernan Findling who has directed and produced a slew of genre films.

“We’d been chasing this title ever since we saw it at the 2020 Sitges Film Festival’s Coming Soon section, a preview of upcoming genre films, and were up against tough competition,” said FilmSharks CEO, Guido Rud.  “It was one of the best high-concept horror gems we have seen recently,” added Rud who expects brisk international sales before the film’s premiere later this year.

Rud has also acquired the remake rights to the sci-fi-horror hybrid pic for his FilmSharks subsidiary, The Remake Company.

In “Virtual Reality,” a team of actors and crew are invited to their director’s house to see a first cut of the film they just worked on. Unbeknownst to them, the director has struck a Faustian deal with an AI program that will ensure his success but will put their lives in grave danger.

In the trailer, which FilmSharks bows exclusively in Variety, it opens on the horror film they have worked on then it cuts to the director’s house where they settle down to watch it. They first start seeing scenes they know they didn’t shoot then their surprise turns to sheer terror when one of the actors who dies in the film, also dies in reality. From that moment on, they know they have to warn the people on the screen in order to save themselves … and the lines between fiction and reality begin to blur.

Findling co-wrote the pic with scribe Laura Prado Mendez, “to give it a female perspective,” he said. The heroine of the film, played by Vanesa Gonzalez (“Lobo”), leads the charge in defending themselves from the rampaging Celtic knight that’s bent on killing them all.

“If the movie goes well, it would be great to make a spin-off video game,” said Findling who noted that “Virtual Reality” is replete with nods to some of his favorite horror films of the ‘80s and ‘90s, including “Halloween,” “Scream,” “The Shining” and “The Exorcist.” He even has one of his characters use a flip phone.

“I think humor is an important element in genre films,” said Findling who particularly admires the movies made by Blumhouse Prods.

“We have been doing great with top tier directors’ genre films like “Macabre,” “Play with Me,” “Ferocious Wolf,” “Legions,” and “Immortal,” noted Rud, adding: “It just proves that the market for these kinds of films is still alive and kicking.”