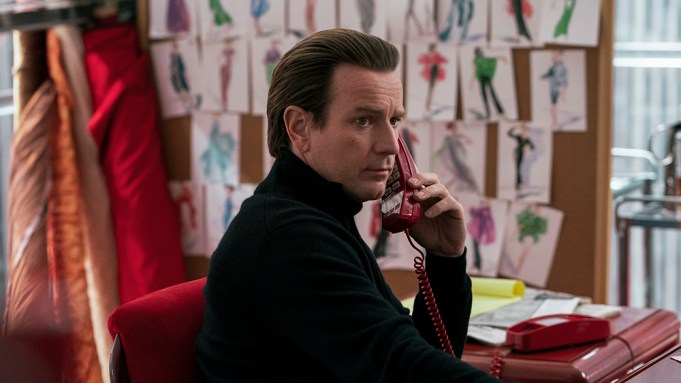 In “Halston,” the bigger the American fashion designer gets, the harder he falls into a life of drug abuse and addiction.

It’s familiar terrain for Ewan McGregor, who plays the Halston in the Netflix limited TV series. The 50-year-old actor saw his career explode after playing a heroin junkie in the 1996 indie film “Trainspotting.”

But as McGregor explains to Pedro Pascal in an interview for Variety‘s Actors on Actors TV issue, on newsstands this week, his approach to playing the material was different this time around.

“I became sober in 2000,” McGregor says. “So now, when I’m looking at characters who are addicts, I look at it through a different lens of understanding it more. An everyday part in my life is being sober. But at the same time, it’s quite an important part because it’s given me such joy and happiness and peace in a way I didn’t have before I was sober.”

As he prepared for the biographical series, with scenes set at Studio 54, McGregor found that he could relate to Halston’s struggles with drugs and alcohol. “It’s interesting to do all those lines of coke and all those cigarettes and shots that Halston was doing and just being glad they weren’t real,” McGregor says. “Just being happy about that, but understanding it.”

McGregor also immersed himself in copious research from the 1960s and 1970s. He pored over old interviews, but he noticed an element of performance in some of the footage. “The nice thing about it is I was able to watch him, and totally fall for him,” McGregor says. “There’s a lot of interviews with him, but he’s always on.”

To find the real Halston, McGregor dug deeper, watching documentary-style video of the designer in his element. “I found some great footage of him backstage at fashion shows where you see him in his world, and just doing little alterations on the girls before they go out,” McGregor says. “And he’s sort of naughty. There was a fashion museum opening in Detroit, and he presented some of his dresses to this new museum. So he’s backstage, he’s got a drink in his hand, and a cigarette, but he’s really having a good time. And there’s obviously some cute guy filming him, because he’s so flirting with the guy behind the camera. And I loved seeing that. And I loved seeing him with his girls. He really enjoyed their company.”

Pascal participated in our Actors on Actors issue for his work in the Disney Plus TV phenomenon “The Mandalorian.” And, of course, he and McGregor — who is reprising his role as Obi-Wan Kenobi in an upcoming Disney Plus TV series — spoke about “Star Wars” too.

For more from our interview, click here, or watch the full video below.